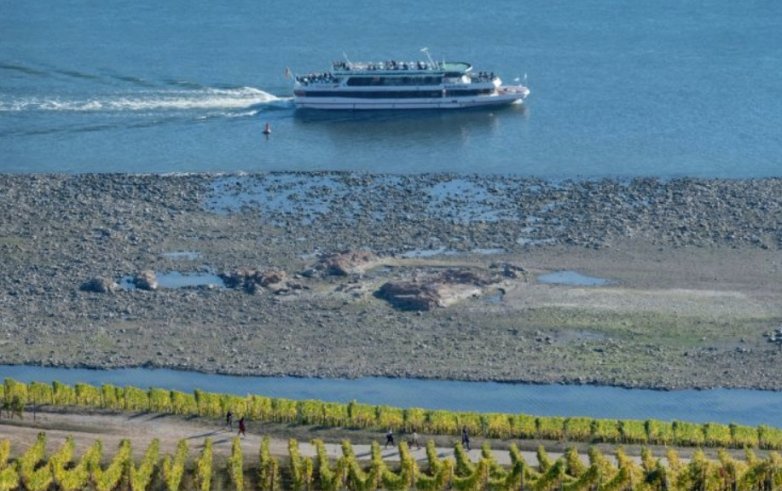 A heatwave in Europe is causing low water levels on the River Rhine — one of the continent’s most important shipping routes — which could weigh further on Germany’s vulnerable economy, experts have told CNBC. Last year, low water levels on the Rhine made parts of it unnavigable. This caused production to come to a halt in places, increased manufacturing costs and disrupted supply chains in the industrial heartland of Europe.

There are signs a repeat performance could happen this summer with high temperatures and a lack of rainfall meaning that cargo vessels cannot sail fully loaded on parts of the Rhine, according to Reuters. In turn, that could hit Germany’s economy that was dented by similar events in 2018. “Approximately 80% of all goods that are transported via domestic water transport go along the River Rhine. Thus, it is Germany’s most important waterway,” Robert Lehmann, an economist at Germany’s influential Ifo Institute research center, told CNBC Tuesday.

“Coal, oil and gas or chemical products are transported with a much higher intensity: 10% to 30%. These are the main goods at the beginning of important value-added chains, thus, low water levels at the River Rhine can immediately lead to restrictions in industrial production.” According to the Central Commission for the Navigation of the Rhine (CCNR), a body that regulates the Rhine’s navigation, the Rhine saw a 27% drop in transport performance in the third quarter of 2018, compared with the same period in the previous year, because of low water levels. Europe’s other major river, the Danube, also saw its transport performance fall by 10%.