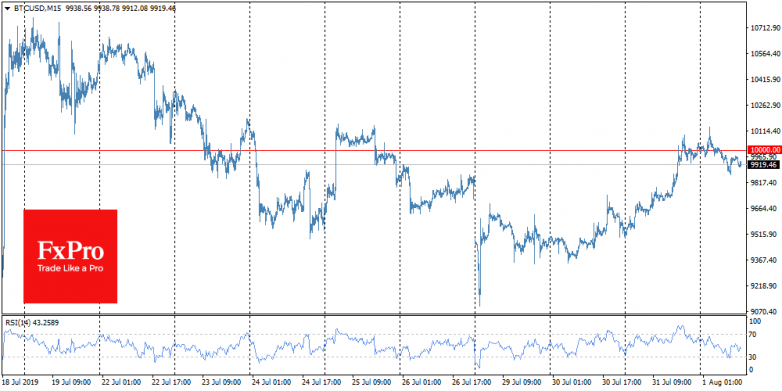 Bitcoin’s $10,000 fight isn’t over yet. At night, Bitcoin made another attempt to break through the threshold round level. This time the maximum level for the coin was around $10,100. Up to this point, the trading volumes were growing as well, which indicated that the growth was driven by the strengthening of purchases. However, the strength of this impulse once again turned out to be insufficient, and the price was pushed back below this mark.

Market participants are not in a hurry to get excited, assuming that the current jump is a temporary dynamic. The current positive momentum could also be based on the statement of American Senator Mike Crapo that the government will not be able to block Bitcoin even if it wants to. Everybody already knew that, but such revelations from senior officials are always very pleasing to the crypto community. Bitcoin awareness and benchmark status could make it a really common means of payment, but volatility would not allow that to happen, so instead of Bitcoin, the stablecoins would be used for actual trade settlements, leaving the door open for competitors.