Tense calm of the markets

Saudi Arabia losing influence on oil
Saudi Arabia is working to coordinate efforts to maintain oil prices by calling its cartel colleagues. This news helped Brent to add $1 to 57.70, but soon the decline continued. OPEC has recently extended the production limits, but this did not prevent the black gold from sliding into the bear market and to the lows since the beginning of the year. Saudi Arabia, once the largest producer and importer, in an effort to maintain oil prices, has repeatedly limited its own production and that of its allies, while the U.S. and Russia (until some point) have been increasing their market share. As the FxPro Analyst Team said, these self-restrictions risk losing influence on quotations if the kingdom’s market share continues to decline. 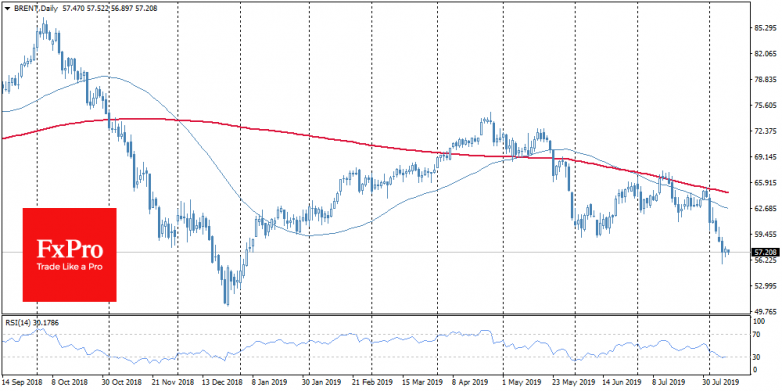 The markets standstill
Key world indices grew on Thursday after the release of strong data on exports from China and the stabilization of the yuan exchange rate. However, the news that Washington delaying the licensing for the U.S. firms to trade with Huawei, sent the indices down. Hang Seng loses 0.6%, China A50 declined by 0.7%, Japanese Nikkei and S&P500 futures are sunk by 0.4%. An additional alarming signal comes from the currency market, where the move to the safe havens has increased again. It is a signal that external calmness and rebound of stock markets mask increased alertness of other market participants. 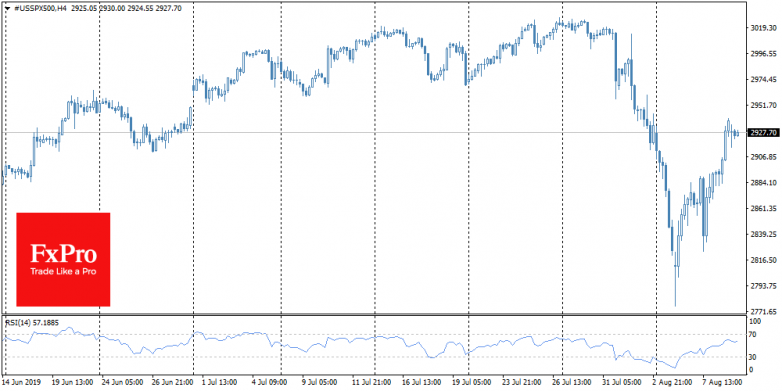 EURUSD: balance above the steep
The single currency was unmoved, trading near 1.1200. But this is a fragile balance. The demand for the single currency is provided by the increased traction in the protective assets, which is seen in the record lows of the German government bonds’ yields. On the other hand, the political events in Italy are coming to the fore again, where the government coalition was questioned. This news has caused a sale of Italian government bonds. Modern history suggests that the apogee of market fears may be ahead, potentially creating risks for the euro. 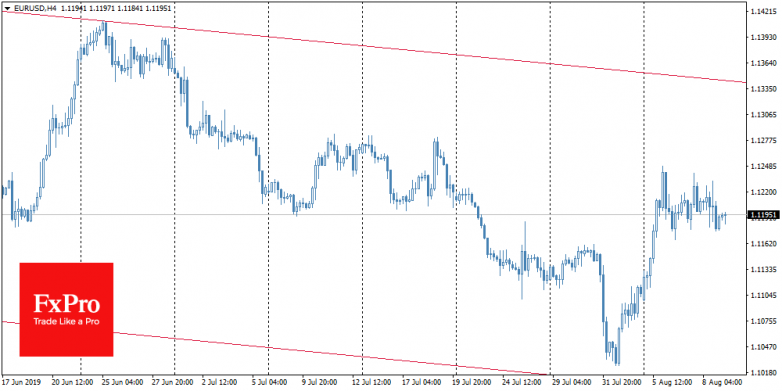 Highly-demanded safety
Traditional safe havens – JPY, CHF and Gold – are attracting demand in the second half of the week, despite the recovery of the markets. This is a bad sign for the stock’s bulls. At the moment, USDJPY and USDCHF are at some distance from the lows reached at the start of of the week, but the charts show that the markets continue to flee to safety. 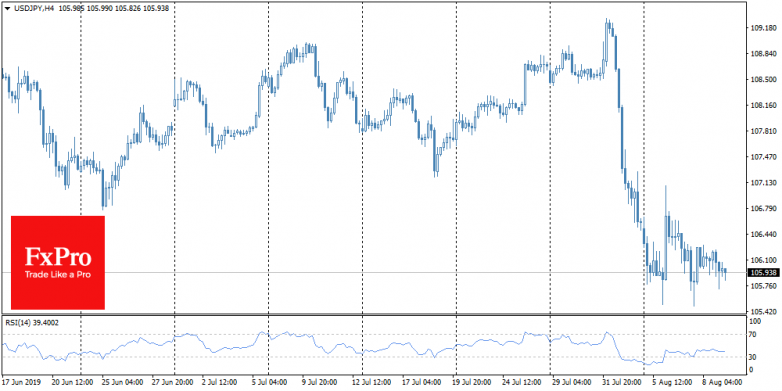