Bitcoin’s price is consolidating near $12000, unable to develop its growth and update the June highs at $14K. However, the benchmark cryptocurrency grew by 93% over the latest 3 months. The BTC dominance index for the same period grew by 21 percentage points, having crossed 69%. This process continues, and market participants pay less and less attention to altcoins. Experts believe that several alternative cryptocurrencies will become stand-alone blockchains (e.g., Ethereum), ceasing to be considered as altcoins, while the overwhelming majority of cryptocurrencies will simply disappear due to meaningless. 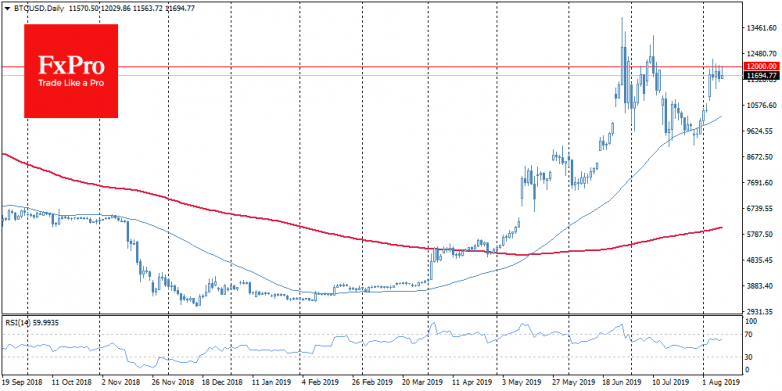 At the same time, the difficulty of mining the cheap (by historical standards) anonymous ZCash (ZEC) cryptocurrency remains near historical highs, which indicates that miners do not turn off their ASICs and therefore may survive and expect the demand to return. It is worth noting that the computational network power is one of the few physically measurable fundamental factors for cryptocurrencies.

Similar statements can be made about other alternative cryptocurrencies, which have been dismissed by investors over the past six months. Litecoin’s (LTC) halving didn’t have widely anticipated price spike, hammered another nail in the “altcoin-coffin”. However, if we remember the buying strategy at the bottom, when nobody believes in the market prospects, the owners of the altcoins can still expect a pleasant surprise. All market participants have long accepted the purely speculative nature of the Bitcoin price dynamics, so what prevents a similar scenario at a certain point in time to play around altcoins? 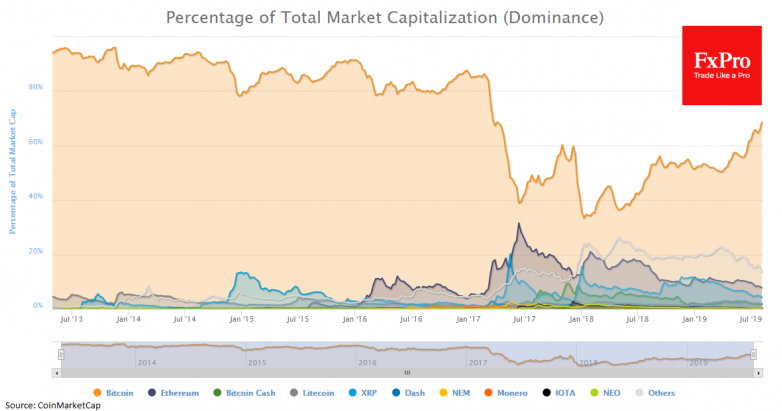 Geopolitics has a serious negative impact on all traditional assets, causing the decline of some and the growth of others. Traditionally, at such moments, investors’ demand for safe assets grows. Beyond traditional gold, franc, and yen, now this list also includes Bitcoin. It should be noted that it is difficult to perceive BTC as a protective asset due to its sharp price fluctuations, and it is more suitable for diversification into a wide.

Cryptocurrency opponents oppose the opinions on the replacement of traditional money with their digital counterparts and refer to the impossibility of the existence of digital currencies without the existence of fiat ones. They point out, for example, that the even Venezuelan Bolivar is still a currency that guarantees the ability to exchange for dollars or bitcoins.

The Bitcoin and altcoins are likely to go down in history as the largest global casino or a convenient means of moving money, but governments will never let go of the main instrument around which the traditional financial system is built.