What next for Argentina? 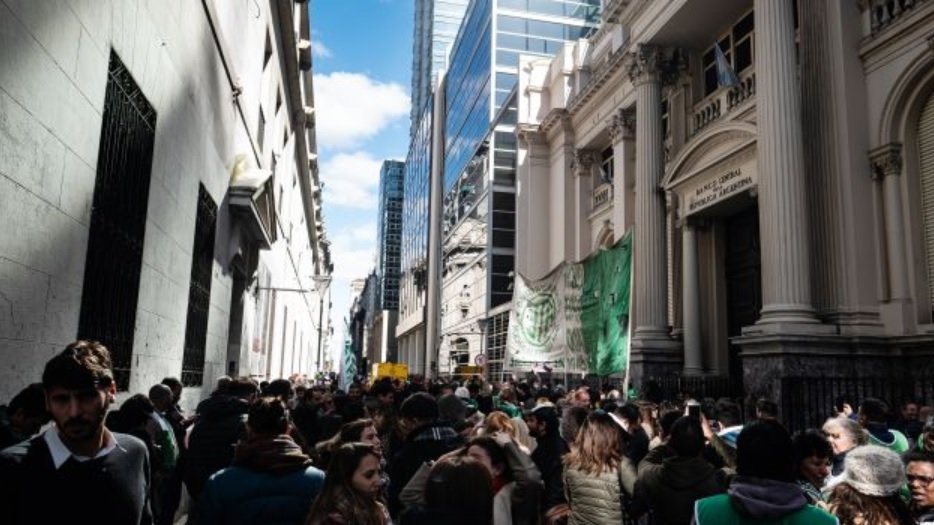 Argentina’s historic market collapse has sparked fears that South America’s second-largest country is on track for yet another default. A stunning result in primary polls over the weekend set off a shockwave in financial markets, with the country’s stock market tumbling 48% in dollar terms on Monday. That marked the second-biggest one-day slump anywhere since 1950, Reuters reported.

In a vote seen by many as a key gauge for the first round of Argentina’s presidential elections on October 27, President Mauricio Macri lost by a far greater margin than expected. It has cast serious doubt over the center-right incumbent’s re-election chances in less than 75 days’ time.

The cost of insuring exposure to Argentina’s sovereign debt has almost tripled since Friday, according to Reuters Eikon data. Argentine 5-year credit default swaps (CDS) were marked at 2,720 basis points on Wednesday, well over Friday’s closing level of 1,017 prior to Sunday’s nationwide ballot. IHS Markit’s latest estimates, based on Wednesday’s closing level, suggest that the probability of a sovereign default within a one-year period now stands at 55%. Meanwhile, over a five-year period, the likelihood of default is seen at 82.5%.

What next for Argentina? Historic market crash ramps up fears of another default, CNBC, Aug 15