The bulls are in a desperate fight for the most important threshold and psychological level of $10K. The bull and bear confrontation this time seems particularly fierce. The statistics on trading volumes looks rather unusual. If in the past the corrections were accompanied by the growth of trading volumes, and later the market was going through the consolidation stage for some time, now Bitcoin buyers come into battle immediately after the decline.

Bitcoin rebound attempts are accompanied by an increase in trading volumes. On the whole, since August 13, they have grown by 56%. At night, buyers pushed Bitcoin above $10,400, but by Friday morning Bitcoin had fallen back under $10,000. The confrontation of bulls and bears this time seems especially fierce, but the potential of bears at the moment looks more significant due to the existing technical picture.

The BTCUSD declined under the 50-day moving average, which had previously withstood several times, and it is a strong signal to sell for the fans of the tech analysis, which is very popular among the traders in the crypto market. 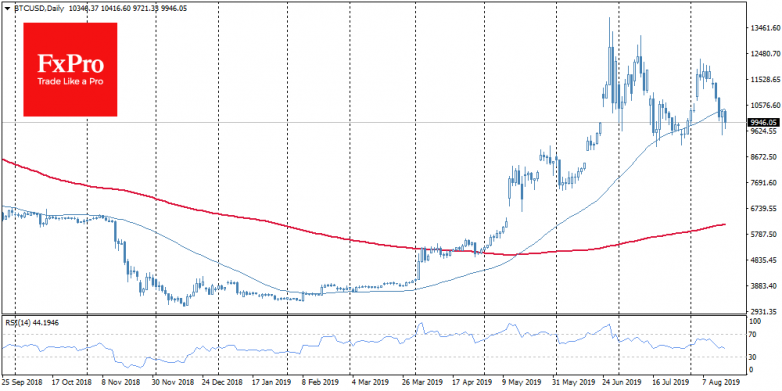