China and Germany support markets, now it is Fed’s turn

Markets are growing at the start of trading on Monday, supported by policy easing and hopes for stimulus. The People’s Bank of China announced an interest rate reform, which should ease credit conditions for companies. These measures supported national stock indices, which have been leading in the region since the beginning of the day, adding more than 1.5%. 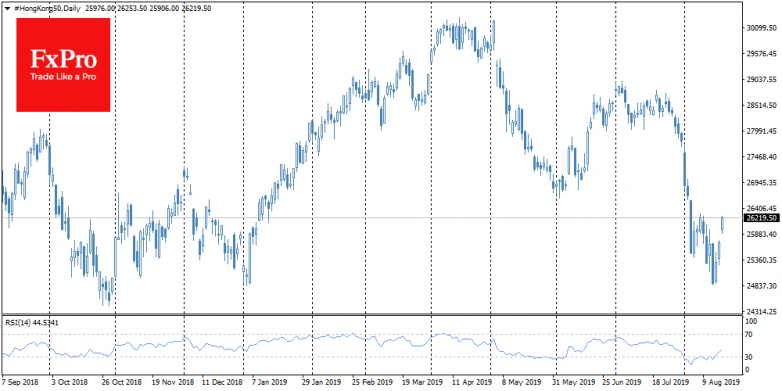 Prior to that, it was reported on Friday that the coalition government of Germany is preparing to soften its budget rule to help the economy avoid a recession. GDP, as was reported last week, has fallen in the second quarter, with business sentiment declining to multi-year lows in August. This promises to lead to a further downturn in the economy in the third quarter.

Both Germany and China are heavily dependent on world trade, so they are the first to be pressured by growing trade conflicts. The governments of these countries are almost simultaneously considering measures to sustain domestic demand, with little opportunity to influence external demand. 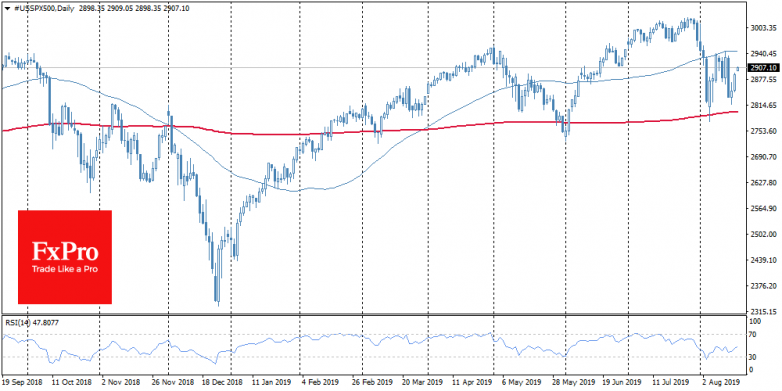 Many other economies are also expected to take similar measures to stimulate domestic demand through lower interest rates, which further reduces interest rates in debt markets. In the financial markets, low-interest rates support demand for raw materials and stocks, while in the economy as a whole, it strengthens lending. On the other hand, there is also a fear of low rates in the markets, as they accompany the economic downturns.

Simply put, the markets are waiting for interest rates to decline as well as also being afraid of it, as it is a sign of recession. Consequently, in these conditions, central bankers will have to work hard to keep the markets from volatility, which may be caused by positions that are either too hard or too soft. 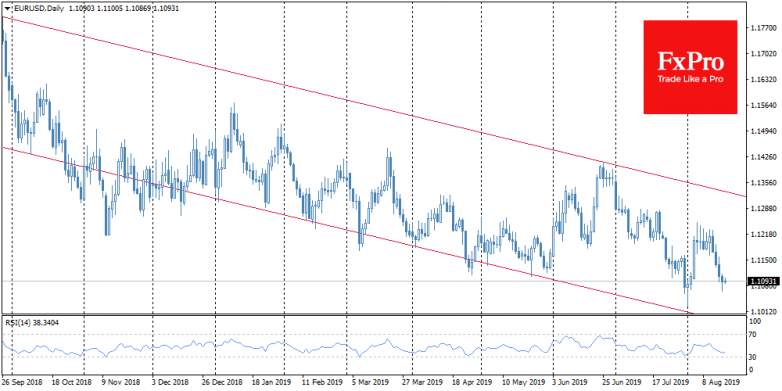 From this point of view, a new week may be important to clarify the Fed’s position. Minutes of the FOMC meeting will be published on Wednesday, providing a greater explanation of the July rate cut. Meanwhile, on Thursday and Friday, at the central bankers’ symposium in Jackson Hole, we will hear the latest estimates and forecasts on monetary policy.

The main focus of the markets will be on whether the Fed is ready to continue cutting rates this year. This is because the markets are pricing rate cuts at each of the three remaining meetings this year and even a 10% chance of double-digit rate cut in one of the meetings. Fed Governor Jerome Powell has said that the July easing is just a mid-cycle adjustment, not the start of a prolonged easing cycle. 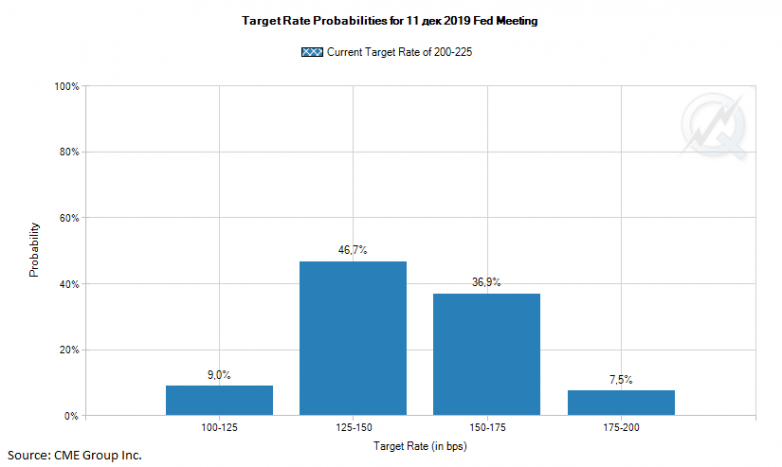