The markets are wary of the Fed’s signals

Markets are choppy this week, avoiding sustained impulses and strong movements. After three days of growth, the U.S. markets turned to decline yesterday, losing about 0.8%. At the same time, it is difficult to say whether the news background has significantly deteriorated over the past day. On the contrary, Trump said that he is considering a new portion of tax incentives to support the economy. And debt markets are pricing in three more interest rate cuts as the main scenario until the end of the year. 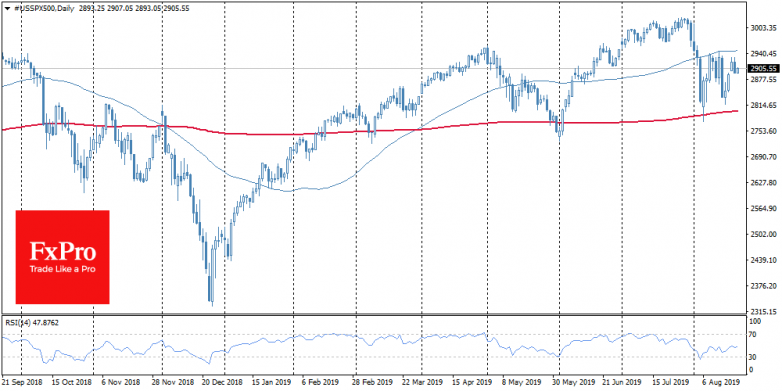 However, it should be understood that such optimistic expectations are a very unstable construction. After the rate cut on July 31, Powell, the Fed Governor, convinced the markets that they should not expect a prolonged policy easing and that the cut was just a small adjustment. Later, Fed spokesman Rosengren also noted that the economy remains relatively good. He spoke out against further policy easing, citing possible unwanted consequences.

As the FxPro Analyst Team mentioned yesterday that markets have gone too far in their expectations of stimulus, anticipating three cuts in interest rates this year, while ignoring hints of tax incentives and very healthy inflation and labour market indicators. If all of this fails to restore healthy growth for the equity market, financial markets are in a very vulnerable position and a sell-off could be influenced by any disappointing news. 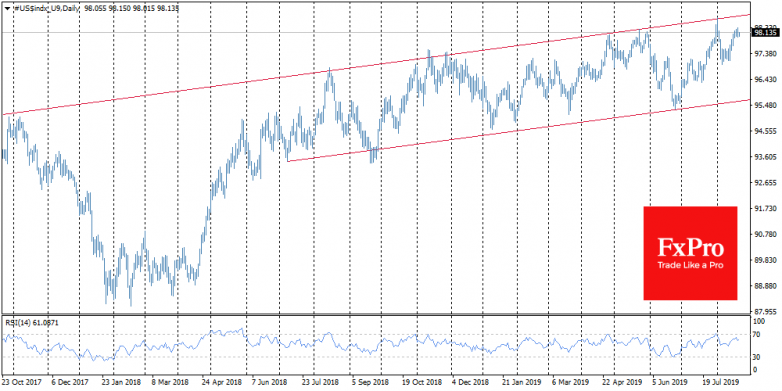 Today’s publication of the July Fed meeting minutes at 17:00 GMT may well be a trigger for the decline in markets. By cutting the rates back then, the FOMC made concessions to the markets. As expected, the Fed is taking the line that the economy is well-shaped and only needs minor adjustments. In order to convince markets of this, the Fed not only has at its disposal today’s publication of protocols but also the central bankers’ summit in Jackson Hole later this week. In the past, this summit has been used by the Fed in times of uncertainty to communicate with markets on important issues. 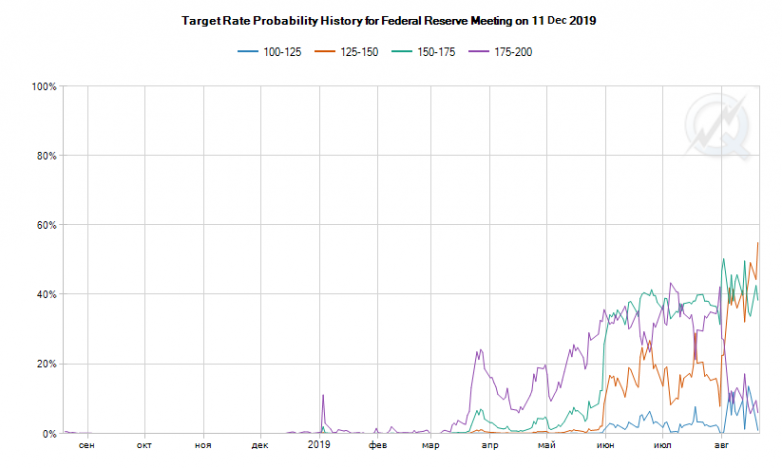