Financial market tension has somewhat eased after the assurances made by Chinese and American policymakers that they are close to a trade deal. However, it is important to note that the stock markets are now on a bumpy ride, where sharp declines are replaced by a strong recovery.

The sentiment on Tuesday can be described as cautious optimism: the main Asian indices showed small growth as the MSCI index of the Asia-Pacific region added 0.4%. 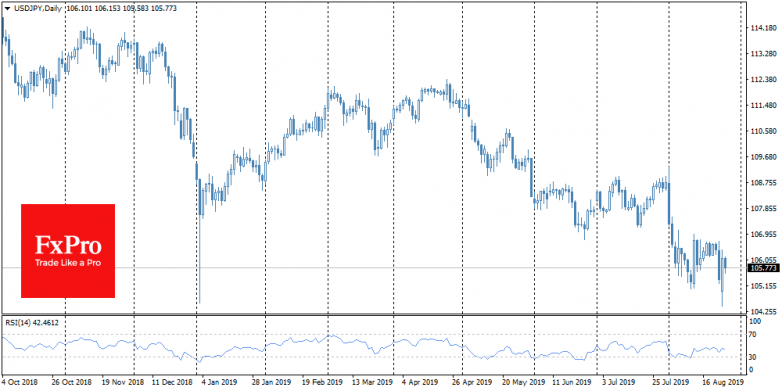 Yields on 10-year U.S. and Japanese government bonds rose from three-year lows, reflecting a slight increase in demand for risky assets. But it is difficult to ignore the alarming signals of the currency market. USDJPY bounced yesterday from 104.40 to 106.10 following the rebound of the markets, before dropping to 105.70 on Tuesday. The Chinese yuan, in the meantime, continued its retreat. The Chinese PBoC weakened the official rate to the 11-year low of 7.08, leaving the rate noticeably lower than the offshore rate, which reached 7.17. 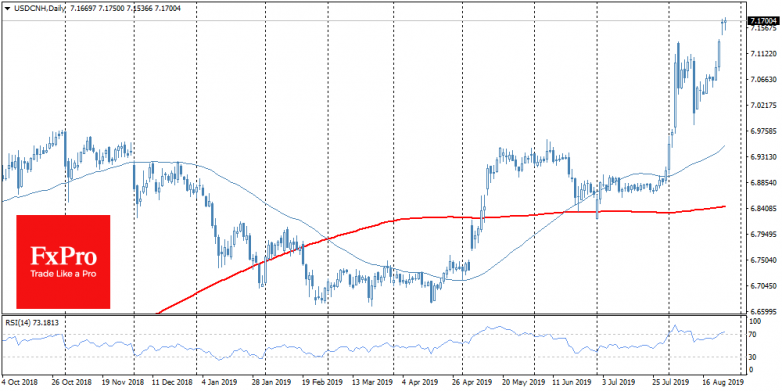 The policy of guarding the yuan away from excessive weakening contributes to the stabilisation of the markets, reducing fears of currency wars.

Another informal indicator of the mood concerning the Chinese economy – the Australian dollar – remains in a narrow trading range to the USD between 0.6740-0.6800 all month long. It is positive that the rate has stopped its decline but at the same time, it does not find strength for recovery in the absence of significant signals of the U.S. and China trade deal. 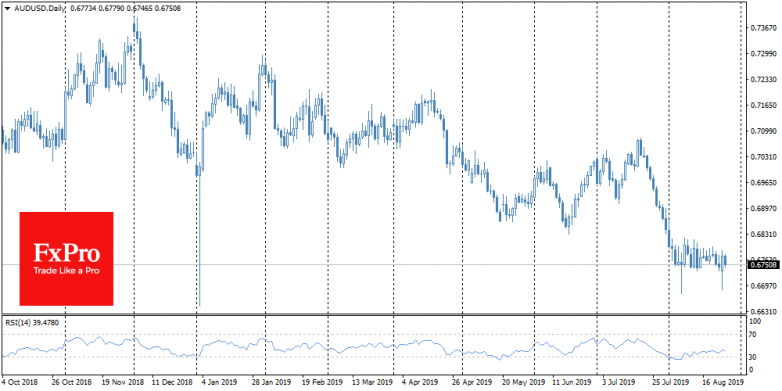 The EURUSD pair returned to 1.1100, having failed to develop a growth on Monday. Quite quickly the dollar returned to growth on expectations of lower rates in the U.S. The decline of business sentiment in Germany to seven-year lows refreshed fears of a recession in Europe’s largest economy and strengthened expectations of ECB stimulus measures in September. 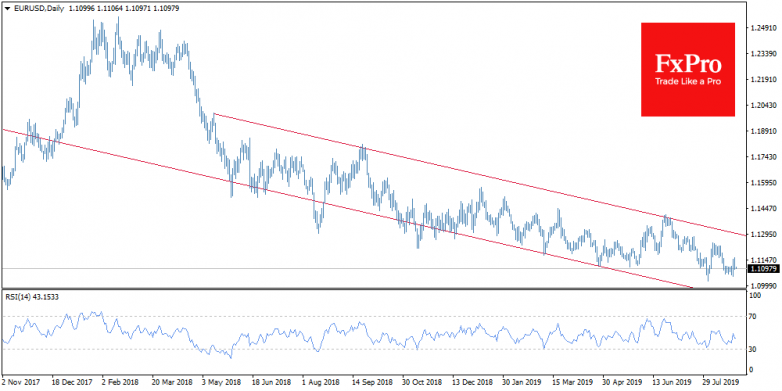 Germany is a major importer of equipment to China, so the slowdown in the country has put pressure on the manufacturing sector in Europe. But as the FxPro Analyst Team said, more important for central banks is the inflation rate. U.S. import tariffs on Chinese imports are spurring price increases in the U.S., while Europe, which is suffering from dampening demand, is facing a deceleration of inflation to 1% YoY. This gives the ECB carte blanche to apply a massive easing now, while in the U.S. such measures could be regarded as premature.

Consequently, the euro risks becoming under increased pressure in the coming weeks with the possibility of a decline to 1.08 by the end of September, if the ECB softens its policy in line with the requirements of waning economic growth.