What Pound and Euro Drop Amid Stock Rise Tells Us About?

The U.S. Dollar shows growth for the seventh trading session in a row, once again updating 27-month highs. The Dollar index reached 99.2, adding 0.3% from the beginning of the day. In addition to trade disputes, which are the main driving force, the dollar index is also growing due to the weakening of European currencies after the publication of weak data.

The British pound returned to the area of 34-year lows at 1.2030, declining for the fifth trading session in a row, following the latest wave of no-deal Brexit fears. Later on Tuesday, there will be a vote on early elections and the possibility of blocking any exit from the EU without a deal. The chances of such an outcome are low, as the ruling party has the majority of votes. This has led to pressure from the markets, which are extremely negative about the consequences of a no-deal scenario. Based on this logic, the pound will have a hard time if the above initiatives fail. 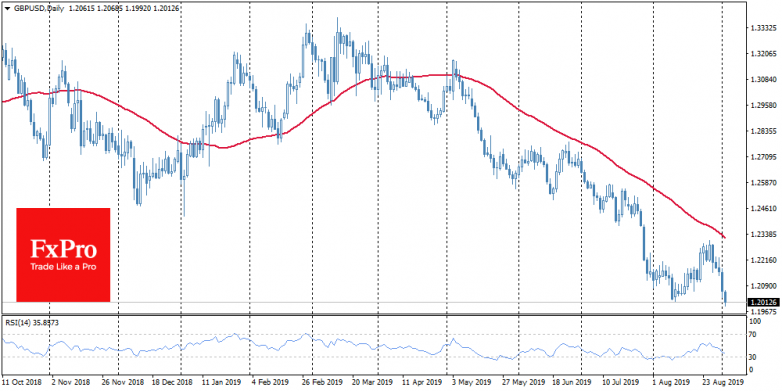 However, it is worth looking at the situation from a different angle. Traders avoid uncertainty, and the fact that there are no other options reduces the range of uncertainty. In this case, the initial reaction of the market may be followed by the recovery of the British currency. Sterling showed a similar reaction in 2017, finding the bottom near 1.20 USD – approximately the same as now.

The stock market reaction is also notable. The FTSE 100 index added 3.1% during the last five trading sessions, while GBPUSD declined by 2.1%. This is circumstantial evidence that stock market buyers view the current British currency exchange rate as low enough to support the competitiveness of British companies, despite fears about the consequences of a disorderly break with the EU. 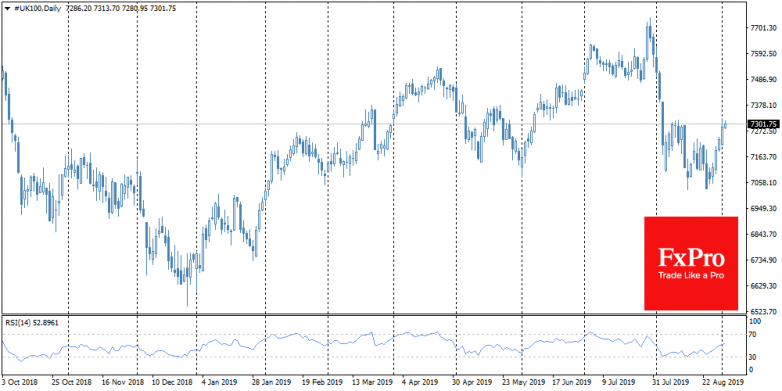 Similarly, the euro and the European stock market show different signals. While EURUSD has been breaking new lows since May 2017, declining to 1.0935, the German stock index DAX is rebounding after a recent decline. The Euro has lost 1.3% against the dollar in the last four trading sessions, and German stocks have grown by 2.7% during the same period. 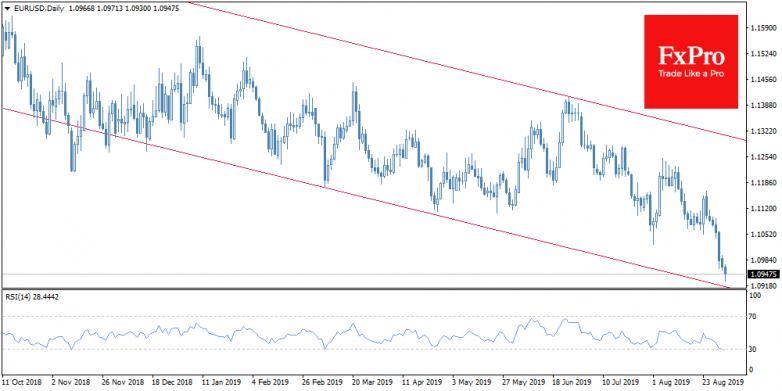 As the FxPro Analyst Team said, purchases of German equities intensified just as the euro declined to its lowest level in August, marking a shift from consolidation to decline. This may well be a signal that stock markets are positively assessing the weakening of the euro and pound as a measure to boost economic growth, despite the signals we have been receiving in recent days. 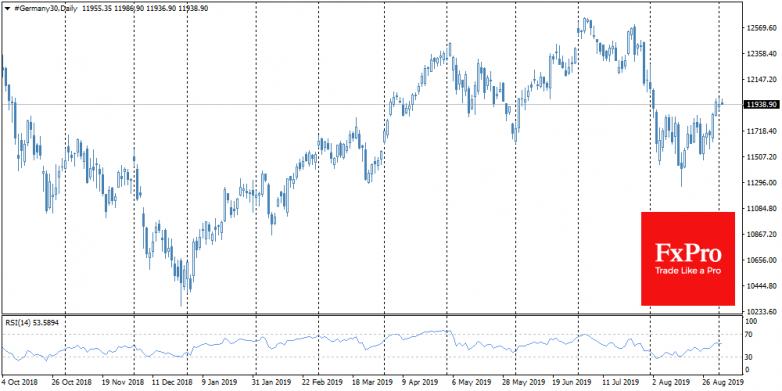