Time vs. Trump, Parliament vs. Johnson

Tug of war by the two largest economies in the world again brings the parties to the negotiating table: the Chinese and US authorities have already approved a plan for a high-level meeting to be held in early October in Washington.

Regardless of the firepower of both sides, it is obvious to observers that such an irrational trade war is a thing outside the modern global economy. It destroys the foundations and has a strong influence not only on two countries but also on the whole world.

In light of this, Trump will still have to make some concessions to China. Further delay in reaching profitable agreements becomes extremely dangerous. Time in this case plays against the United States, due to America is not the only trade partner of China. The Chinese government’s bet on the domestic consumption bears fruit, since the large domestic market is able to sustainably support the national economy.

In response to Trump approved additional duties on Chinese goods worth $ 30 billion, Beijing set the yuan rate to a minimum level for 11.5 years. China is a strong player, and it is clearly not worth underestimating it. Realizing this, Trump introduced tariffs against imports of Chinese and Mexican building steel. The US Department of Commerce said that tariffs would amount to 141% for Chinese products and up to 31% for Mexican products.

CNBC sources even say that the American president was ready to double existing duties after China’s response on August 23, but the CEOs of the largest companies persuaded him not to, calling for an assessment of the possible consequences.

However, the markets so far respond only to positive news about the upcoming negotiations. Thus, the Asian stock market on Wednesday showed the largest two-day growth since June. The MSCI Asia Pacific Index rose sharply by 1.3%, the yen fell 0.2% to 106.56 per dollar, while the offshore yuan appreciated 0.2%, reaching 7.1321. Futures on the S&P500 index rose more than 1%. 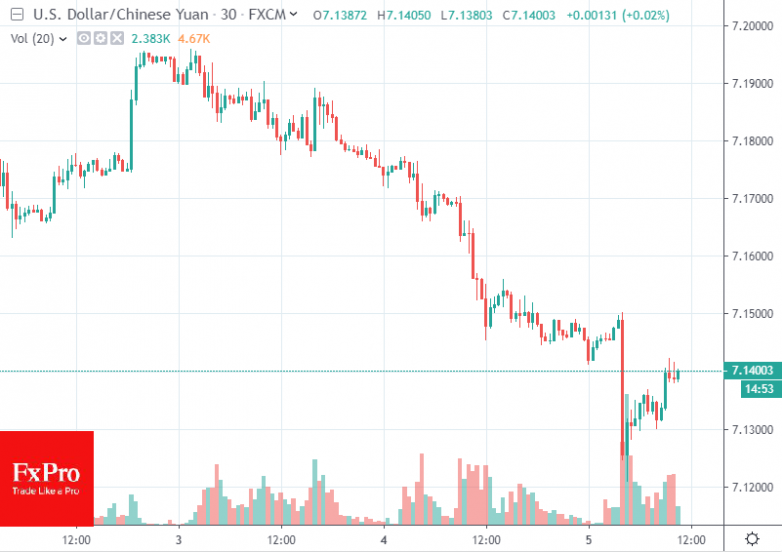 This Friday, several speeches by senior Fed officials will take place. Also, Nonfarm Payrolls data (Aug) will be released at the same time. The statements of officials will be carefully studied by investors for possible hints about the future of the national interest rates.

The British pound is experiencing the best moments against the US dollar over the past 5 months, reaching $1.2242. That was made possible due to the next parliamentary defeat of British Prime Minister Boris Johnson.

Legislators blocked the possibility of leaving the EU without a deal, as did the scenario for the general election. If it is impossible to agree, after October 31, the Prime Minister will have to ask the EU for another 3 months of delay. It seems that in Britain there is a very strong-willed position on maximizing this process, while in the higher circles they understand how widespread the problems can be due to the hard version of Brexit. 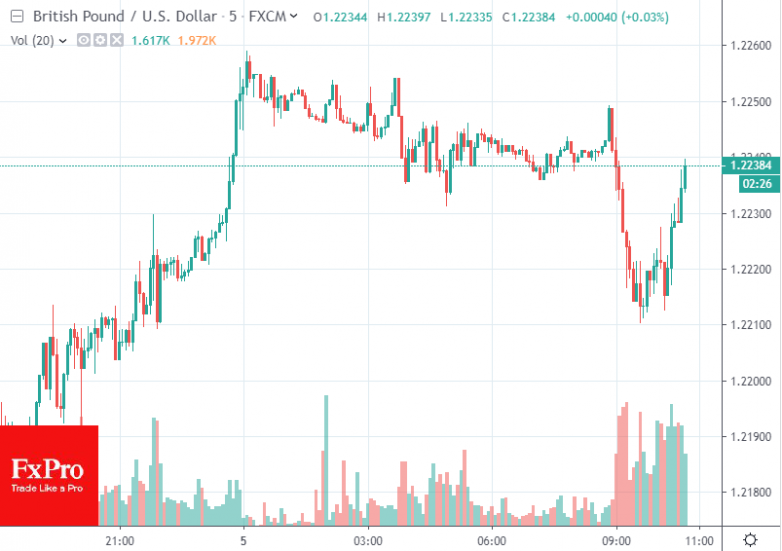