The market shows demand for yielding assets, which in turn supports demand for the stocks and currencies of emerging markets. The main reason for optimism is that China and the United States have moved their positions closer, in terms of the ongoing trade negotiations. The situation is very similar to what we saw at the beginning of the year and implies the possibility of a further multi-month rally of risky assets. 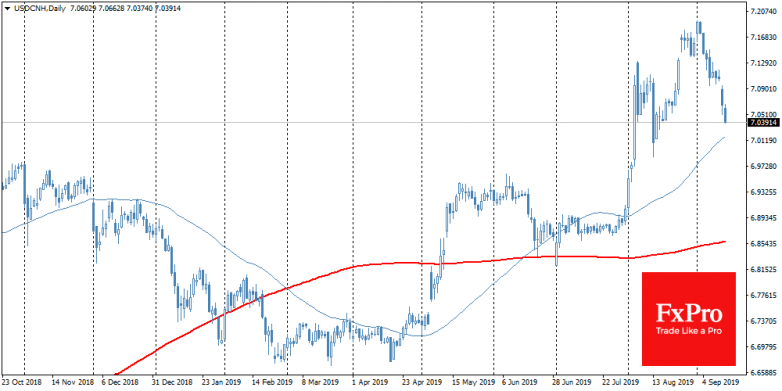 The Chinese yuan rose to a monthly high of 7.04 USDCNH. The Turkish lira added 1.5% for the day, despite a 325-points rate cut at once. The U.S. market added more than 4% already this month. The S&P 500 is only 0.4% below the historic highs reached in July, despite concerns about the growth rates of the world economy.

Such a combination turned out to be possible due to the central bank policy easing. On Thursday, the ECB cut the deposit rate and announced asset purchases on balance from November 1. The Fed lowered its key rate in July and is moving towards another cut next week. The Bank of Japan may also strengthen its easing next week. 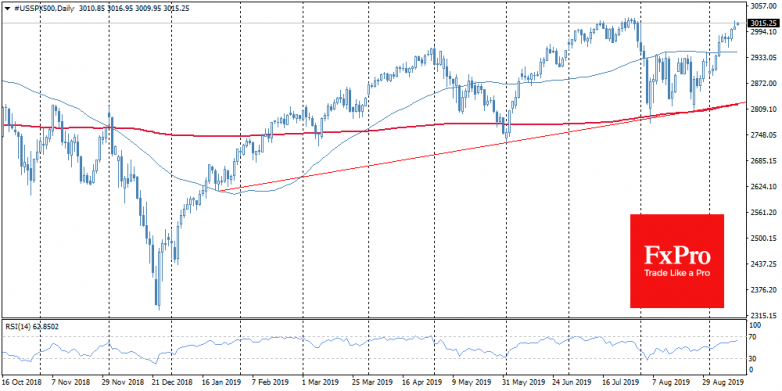 As a result, the big central banks’ troika is once again intensifying monetary easing, pushing the markets towards growth, despite deteriorating macroeconomic statistics. The single currency was under increased pressure for a short time yesterday, declining to 1.0926 at one point, before recovering and trading near 1.1100 on Friday morning. Such sharp fluctuations of EURUSD are explained by the unexpected launch of QE from the ECB to the amount of 20 billion euro per month without the final date.

Initially, it was perceived as a more determined mood for policy easing, pulling down the single currency. However, it is worth looking at the situation from a different angle. The open date will allow the ECB to end purchases in a short period, if the economic situation dramatically improves. Besides, the size of the program can be considered relatively small compared to 60 billion per month, which was before 2018. 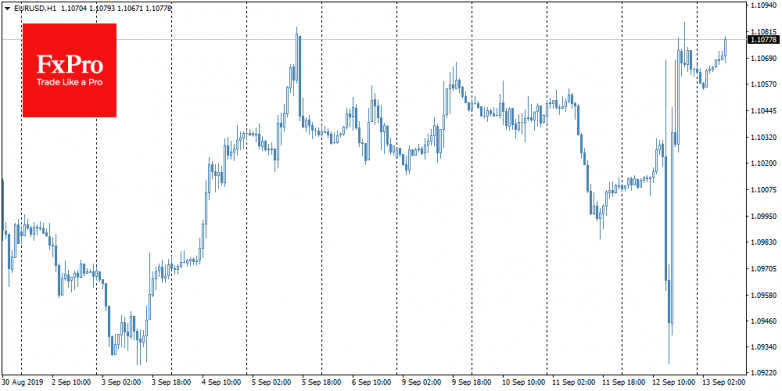 As the FxPro Analyst Team said, it seems that the ECB has managed to find that elusive balance between the required softening for financial markets and the pressure on its currency. These sentiments may well increase up to October 1 – the expected new date of trade negotiations between the U.S. and China. As in the period from the beginning of the year to May, the markets can grow due to the world’s largest central banks easing monetary policy, and in the hopes of making a trade deal.