Attack in Saudi: suitable for oil, bad for global growth

Brent opened the week with a price spike of more than 20% on reports of an attack on a significant oilfield in Saudi Arabia. Oil has made the sharpest intraday spike since the 1991 Gulf War. The oil price jump is caused by the initial fears around further oil supplies because the attack led to a reduction in production by 5.7 million barrels per day. This is almost half of the total output of the country and about 5% of the global output, and it may take weeks to return to normal levels. 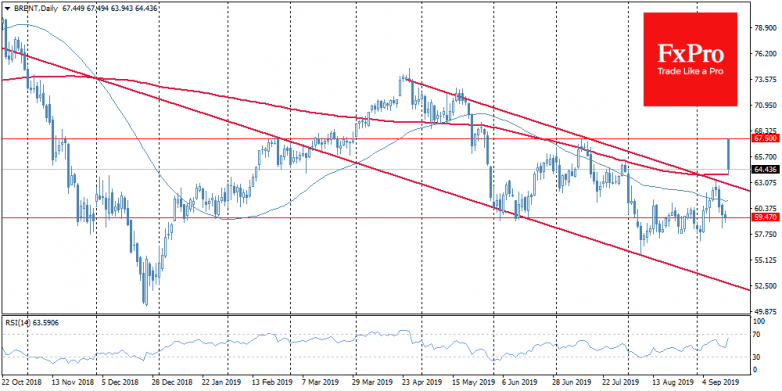 It is unlikely that such growth will be sustainable. Saudi Arabia has impressive reserves to compensate for the decline in production. Besides, the U.S. also announced its readiness to use strategic reserves in the event of supply disruptions. This event is unlikely to be a critical moment for OPEC or to have a long-term impact on the oil prospects. However, we should expect that for some time, the geopolitical risks premium in this region will be increased, breaking the downward trend of black gold.

As the FxPro Analyst Team said, nevertheless it may seem strange, Saudi Arabia may benefit from this incident. At the moment, it is not clear whether the attack came from Iran, Yemen, or some third party. In any case, the Saudis may get the support of the international community in an attempt to weaken one of their longstanding rivals.

Moreover, the rise in oil prices may be handy for the Saudi Arabian budget. Let us mention that the region is just preparing to sell some shares in the oil-producing corporation Saudi Aramco. Due to that, higher Brent prices may have a positive impact on the estimates of the oil-producing giant. Moreover, due to the impressive reserves, this may not affect sales, but increase revenues and profits due to higher oil prices in the short term. 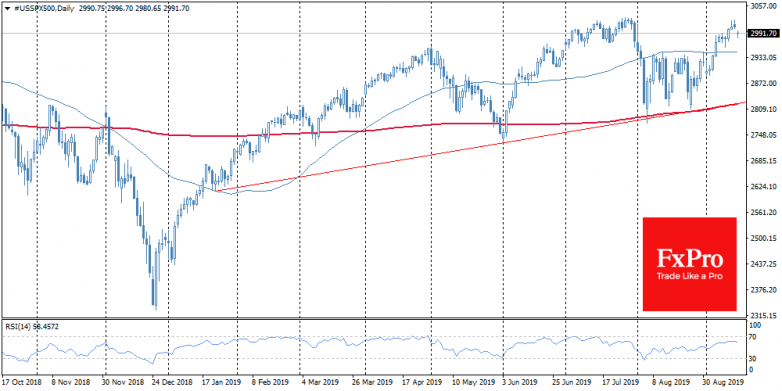 The oil could return to investors’ radar now, becoming sensitive to positive news. In previous days, when the world markets were growing up due to trade optimism, Brent was declining.

News about expensive oil is contradictory for the world markets. Periods of increased demand often go hand by hand with the acceleration of the global economy. However, after a certain level, expensive energy could slow down markets’ growth. Therefore, a continuous Oil uptrend above $100 per barrel may become not only an obstacle but also a real price shock for investors.

The world’s largest economies – the United States, China, and the EU as a whole – are the largest energy consumers. So their markets may be under pressure if the jump in oil prices sustained. Global markets opened the week with a decline and gradually recouped as oil prices decrease somewhat from the levels set at the opening of the day.