After the devastating decline of Bitcoin and most of the altcoins last week, the crypto market observers pinned their hopes on the ability of the BTC to cling to $8K. It seems to have succeeded, and by Tuesday morning the BTC is adding more than 7% to $8,500. TOP-10 altcoins are also actively growing by 7-10%. It feels like the crypto market has caught on to an almost invisible straw.

At the moment ETH is trading above $182, partially recovering after the slide from $220 to $150 last week. Maintaining the positive dynamics significantly strengthens the chances for Ethereum (ETH) to return the recent highs in the coming days. Thus, the recent correction looks rather fleeting, and speculative demand in the market is still high. 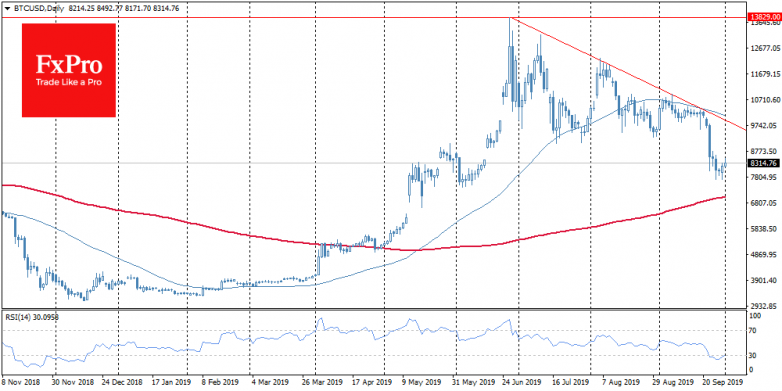 The greed and fear index of BTC is now at the level of 38, which indicates the approaching exhaustion of the demand impulse, showing a rather sharp recovery from the levels of “extreme fear” when the index fell to 12 at the end of last week.

The flow of news about crypto trading volume falsification by exchanges does not run out. This uncomfortable truth has been revealed a long time ago but market participants still prefer not to “think seriously” about these facts. According to the Blockchain Transparency Institute, about 90% of the volume is fake, while the most honest crypto exchanges are Coinbase, Poloniex, and Kraken. If the daily volume of trading is not $61 billion, but $6 billion, then it becomes clear how vulnerable digital currencies are to manipulation. 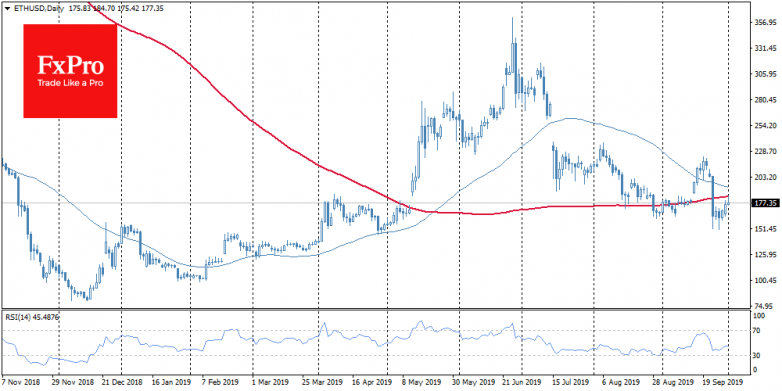 The price of ZCash (ZEC) is even lower now than it was during the crypto winter. The coin is traded around $39 and is now considered one of the most undervalued on the market. The new data showed that the cryptocurrency has problems with anonymity: it is possible to determine the IP-address of the full node in transactions, which raises fundamental questions to the project. Probably, for these reasons, the cryptocurrency is not redeemed at current lows. 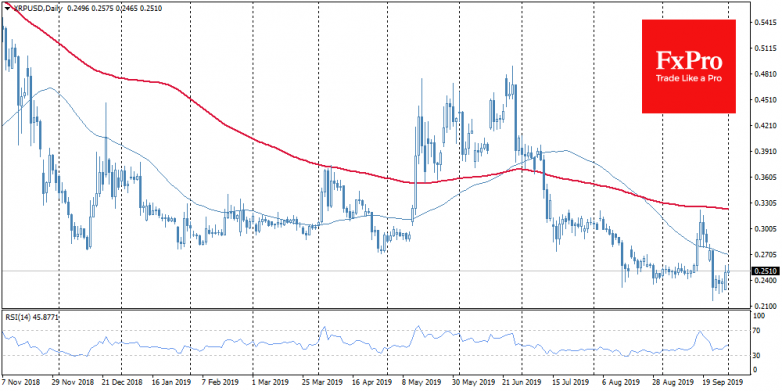 Once a revolutionary XRP project is also going through some bad times, as it turned out that the XRP token itself is not used for international transactions. The price of the coin can not detach itself from 25 cents, so the company’s management is trying to breathe life into the project through grants and investment. Thus, it became known that Ripple bought the Icelandic cryptographic firm Algrim to provide a liquidity XRP channel in the EU. The problem is that the longer the crypto projects try to find their way into the traditional market, the more likely it is that the traditional market will update its technologies.

Ultimately, the crypto market now acts as a global casino, with very few projects will succeed, while the rest will have to disappear in history.