USDT shows that the crypto-enthusiasts are still on board

Bitcoin once again overcame the gravity of around $7,900 and attracted buyers. During the last 24 hours, along with the price increase by more than 4%, trading volumes increased by almost 30%. Bitcoin traded near $8,300 on Tuesday morning. However, it seems that the growth impulse is close to its exhaustion.

The altcoins duplicate the dynamics of bitcoin, adding 5% – 7% for the last day. However, taking into account shallow price levels, from which alternative cryptocurrencies have to start now, in their case the actual growth is rather modest. It is noteworthy that with the overall growth of the cryptocurrency market, a slight decrease demonstrates stablecoin Tether (USDT).

Crypto investors use Tether as a safe-haven in a bid to survive the falling prices across the market. That polarisation is a good sign for the market. Money is not withdrawn from the cryptomarket, but is ready to return to the market very soon.

Also, on the example of USDT, we see a model of a real working project in the physical world, where people use it to speed up, reduce the cost and simplify the money transfer. Nobody cares about the backing of a digital asset if the transaction is fast and cheap, and there is no price volatility. However, for the global perspective, USDT does not have several essential components: a user base and ease of use at the level of “a few clicks”.

Libra digital currency wants to enter the market with all these advantages. The fierce reaction of governments and central banks around the world suggests that the technology giant is right on target. It is gathering everything it needs to make virtually all existing cryptocurrencies meaningless and even challenging traditional currencies. Facebook has a vast customer base, a messenger, and the ability to include “send money” button in all its products. 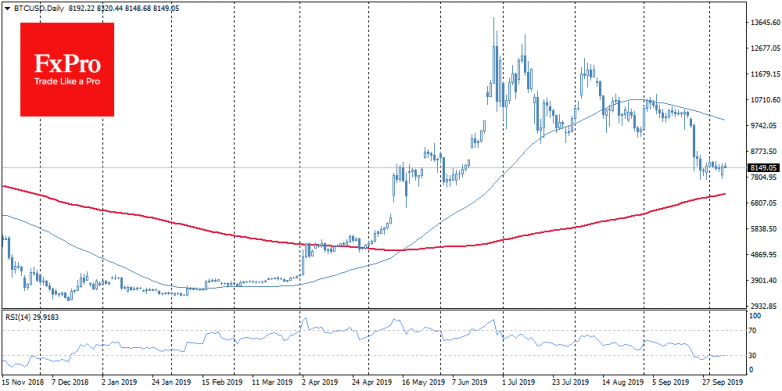 Also, the company was able to attract the most notable brands to its consortium, which was a big mistake. PayPal, Visa, Mastercard, and many other companies are too large to take “innovation risks”. Besides, they are very dependent on the goodwill of the regulators. One by one, there is news that big names are leaving or considering leaving the consortium. Hardly a question of planned sabotage, rather, no one expected such a negative assessment by central banks and governments. All these companies work directly with traditional markets, so they have succumbed to pressure.

At the same time, there is still hope. Next week, 27 members of the association will meet in Geneva, and the results of this meeting may give a clearer picture of the future project. In its tweet, Facebook noted that some 1,500 companies had expressed their willingness to participate in the project. It should be understood that in addition to “too large to take risks” there are more flexible companies. It would be more logical for Libra to attract more flexible participants from the very beginning, perhaps from the crypto world, rather than from the market leaders of the early 2000s.

The world’s central banks and the government reject the idea of actually putting monetary power in the hands of corporations. Nobody knows what kind of developments giant technology companies are engaged in, but everybody understands that they have the resources to do so, first and foremost, technical specialists. At this stage, Apple, Facebook, Telegram and others need the support of governments, but this won’t last forever.