Zuckerberg’s last nail in the hope of a crypto market

On Wednesday the crypto market experienced another painful crash yesterday. Within minutes, the capitalisation of the cryptocurrency market dropped by more than $12 billion. Bitcoin showed a sharp drop of $500 within an hour, ending the monthly sideways trend in such a painful way. On Thursday morning, Bitcoin traded around $7,500. The decline stopped close to the 200-day moving average. BTC may have settled near this level for some time. 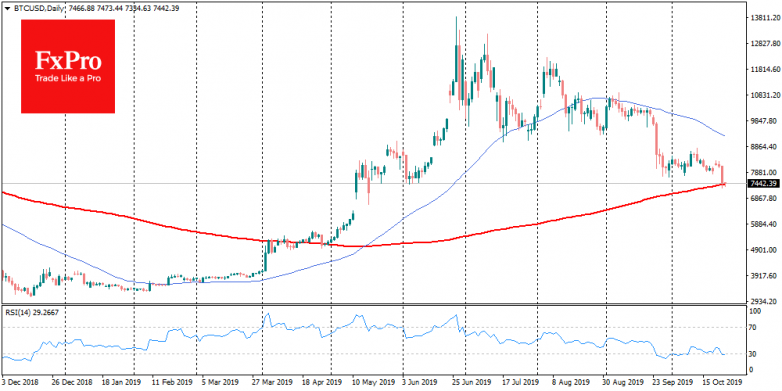 Bitcoin shows consecutive sideways trends of about a month-long, which end in sell-offs. Past sideway trend around $10K also lasted for a month and finished with a sell-off on disappointment after Bakkt launch on September 23. The benchmark cryptocurrency settled near $8K, where it also spent about a month waiting for positive news triggers. However, the positive did not come to the market. Instead, the leading crypto market hopes on Libra launch from Facebook and GRAM from Telegram crushed with open resistance from regulators and lawmakers in the USA. As a result, exactly one month later, on October 24, Bitcoin and the entire altcoin market “went south” again.

It is worth to mention the devastating decline of altcoins. The altcoins are already selling out well below any psychological levels. Another sale-off overlapped yesterday’s historic lows on the start of the day.

On the one hand, investors remember that the loss of faith in the market prospects is often a great time to buy. On the other hand, the disappointment in the hopes of the altcoins is so great that there is no longer any demand for risk, and only the most desperate enter the market.

The revelations of the former CFTC head Christopher Giancarlo have added oil to the fire. It became known that the permission to launch futures on the CME and CBOE aimed to crash the crypto market. In December 2017, Bitcoin and the entire cryptocurrency market as a whole were looking at the North. The novelty of idea, excitement, and lack of understanding contributed to the fact that there were only buyers at that time. 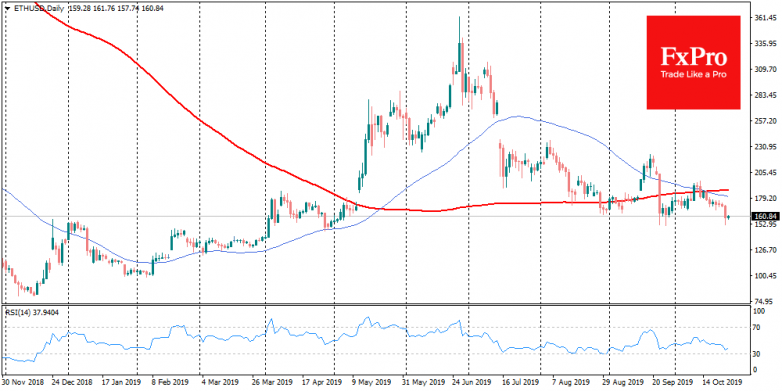 The US authorities realised that Bitcoin was at the forefront of all dynamics, so it was enough to allow professionals to “say their word” and the market would find a balance. As we all know, crypto-winter started soon after. The US government has never let the situation get out of hand, which is another blow to “Satoshi’s idea”.

Zuckerberg’s speech drove the last nail into the market’s hopes for a reversal. The CEO of Facebook acknowledged his readiness to obey the will of the US authorities.

Was the “2017 version” of the crypto market an apogee of the beta-test of digital currencies before the release of the “official tokens”? In this case, the crypto market is facing significant downside potential.