The US employment report rolled out noticeably better than expected, helping markets to discard concerns about slowdowns amid prolonged trade wars.

The number of new jobs increased by 266K in November, the highest rate in 13 months. The number of payrolls in the manufacturing sector jumped by 54K over the last month after a 43K decline previously due to strikes at GM factories.

The unemployment rate returned to more than 50-year lows at 3.5%, where it was in September.

For almost all key parameters, this was a positive report, so the market reaction in the first minutes looks very classic. 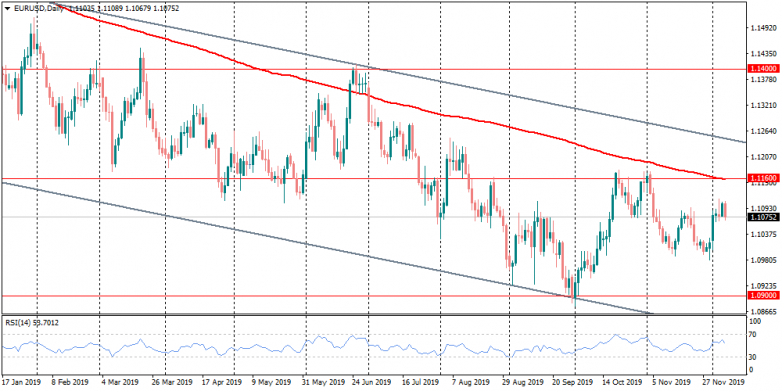 The dollar index climbed 0.3%, getting support at the 200-day average. EURUSD retreated below 1.11000 levels, while GBPUSD turned lower from 1.3150. In the stock markets, futures for S&P500 experienced an increase in growth momentum, added 0.5% after the publication of the data and reaching Monday levels.

Healthy labour market data may cement expectations that the Fed will not cut rates soon.

However, if you look beyond the limits of short-term fluctuations, it is crucial to understand that improvements in Europe and Asia often follow robust data from the US. If this will be so, other central banks can also take a more robust monetary position as Fed did, which will undermine the value of USD to other currencies.