Bit-comment: Altcoins on the rise

Altcoins have also demonstrated incredible dynamics for the last few years. The most remarkable was the growth of Bitcoin SV, which at some point exceeded 100%. Such growth is associated with the long-standing confrontation between Bitcoin Cash and Bitcoin SV, which means that we may soon see a sharp decline.

The Bitcoin stopped the rally on the morning of January 15 at around $8,850. By the beginning of the working day, the benchmark cryptocurrency had rolled back to $8,600. The Bitcoin domination index fell sharply from 68% to almost 66%, which clearly indicates the diversification of investors’ funds. 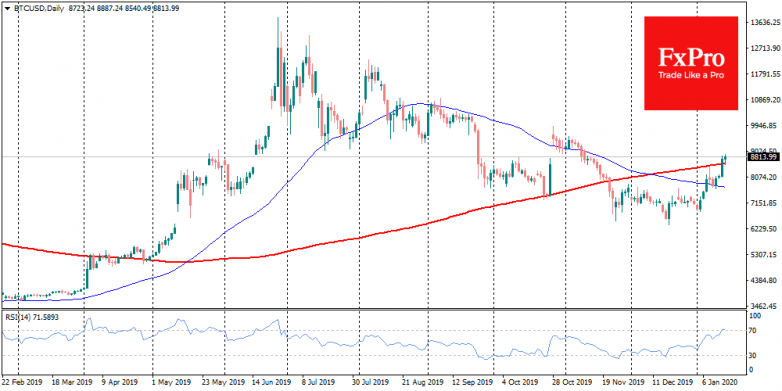 In any case, almost all altcoins were deep in the green zone, attracting demand at historic lows. However, already now we can see attempts to take profit, as there is a wide pool of investors, who entered the market already at the lows and for them, such a rebound will be quite enough. In the near future, the market will need to pass a test for the ability to hold the gained heights. A sharp sell-off can seriously hit investor sentiment.