Bitcoin shows stable price dynamics during the last day at the background of decreasing trading volumes. Market participants took a pause waiting for new triggers. The absence of further decline may be good news for the market as a whole. With zero dynamics of bitcoin, altcoins show moderate growth, which led to a further drop in the BTC dominance index to 65.9%.

The Fear and Greed Index for bitcoin is at “neutral” 49 level. Relative Strength Index (RSI) declined from the overbought zone, which may indicate a negative short-term outlook for the benchmark cryptocurrency. Besides, formed two red candlesticks formed on the BTCUSD daily chart and the appearance of a third one may indicate a bearish reversal. 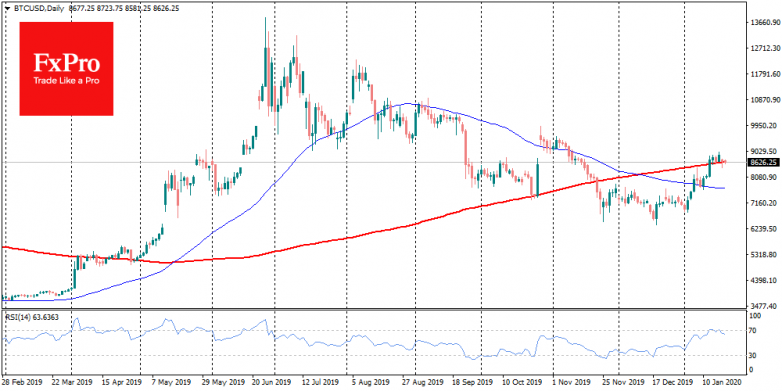