Bitcoin price remains close to $8,700, losing momentum for growth but still gaining support as a 200 SMA. The RSI Relative Strength Index stabilized at 65 after declining from the overbought area, without giving any clear signals. Recent interest was fueled by reports of an unknown “whale” transferring over 50K BTC ($450 million) with a commission of just over 20 cents. Nothing like that can be done within the traditional banking sector at such a low fee. From a marketing point of view, it would be worthwhile for crypto-whales to exchange their assets in such a way as to remind the market of the possibilities of digital currencies.

Among altcoins, there still a lot of attention to Bitcoin SV, which has been in a struggle with Bitcoin Cash for quite a long time, has not decreased. Some market participants are trying to convince that the SV has an all chances to rebound. However, the analysis of the crypto community leads to the idea that price spikes are still the result of tricky manipulations. 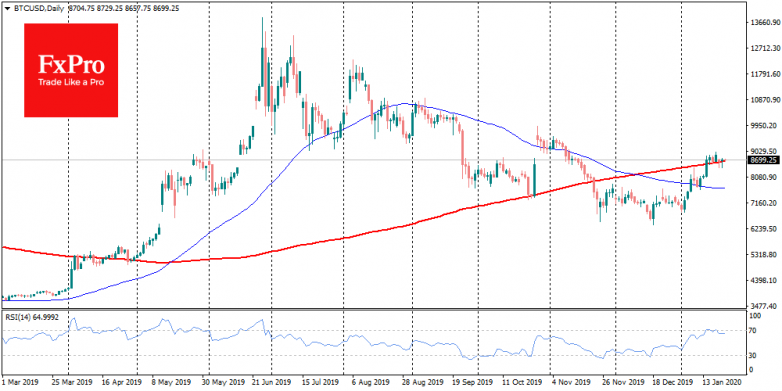