Bitcoin attempted night assault of a $9,500 but the bull’s attack was bogged down. By Friday morning, the benchmark cryptocurrency is dropping closer and closer to the lower boundary of $9,300. The major altcoins show a mixed price dynamics. While Litecoin (LTC) is still growing by more than 11% over the last 24h, Bitcoin Cash (BCH) has already moved into the red zone. RSI on the daily chart decreased from the overbought territory. Yesterday the similar dynamics ended with a reversal back upwards. However, today the situation may turn out to be different after an unsuccessful attempt to hit a resistance. The greed and fear index is still in the “greed” zone. Bitcoin likely needs more time for consolidation to give investors confidence in the strength of new levels. 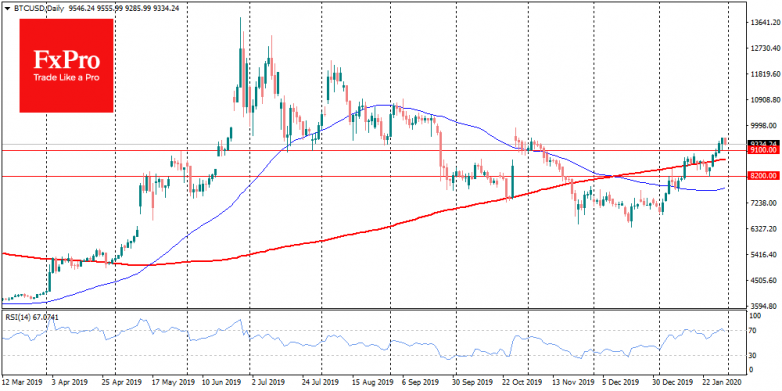