During the correction rollback, bitcoin received support from buyers near the level of $9,100. As a result, on Wednesday morning, BTC shows almost zero dynamics and trades around $9,250. The fact that the bitcoin was able to stop the decline around $9,100 gives some optimism, as a drop under the round level of 9K would risk triggering an impulse sale-off, risk to pushing down the rest of the crypto market.

The greed and fear index has moved to a “neutral” zone, indicating that the buyers’ demand is decreasing. However, as we can see, the demand is still enough to help the asset. RSI after a slight decline from the overbought area has stopped falling again and is aiming upwards. According to Whale alert, on February 4, 50M BTC ($458M) was moved to Bittrex crypto exchange which may indicate that traders are ready to sell the asset. 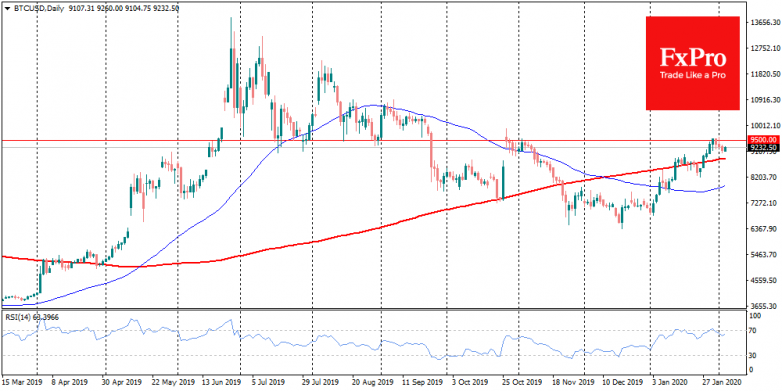