Buyers supported Bitcoin when it approached the $9,500 area. For the day, the benchmark cryptocurrency has consistently strengthened its position. Increased buyer’s interest allowed Bitcoin to exceed the $10K threshold again. At the beginning of the trading session on Wednesday, BTC showed an increase of more than 3% per day and changed hands for $10,100.

It seems that the reasons that provoked market correction were rather short-term. This time the market bounce started with altcoins. The Bitcoin dominance Index is at 62.8%, which is in line with December 2017, when the altcoin season was in full swing. Crypto Fear & Greed Index split the scale precisely in half, being at “50”, which corresponds to the “neutral” mood of market participants.

According to WhaleAlert, almost 50K Bitcoins are once again moving between wallets. The whales are likely trying to shake the market, increasing the overall activity in the network. Under current conditions, commissions are likely to allow the whales to do so without any harm to their welfare. However, the more often such transactions appear in the network’s closed cycle, the more likely that the market will ignore them. 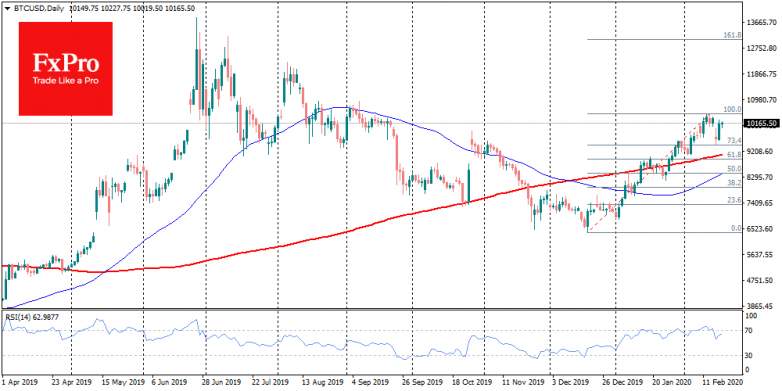