Halving approaching not sure support factor for BTCUSD

Bitcoin has once again failed to hold on above $10K. Nevertheless, the bears ease their pressure near $9,600. BTCUSD growth is approaching a per cent during the day, and at the beginning of day trading closer to $9,700. The dominance index, the Crypto Fear & Greed Index, and the RSI all froze in anticipation of new market triggers. Nobody wants to be in the ranks of early sellers or early buyers.

As we approach spring, the halving factor for Bitcoin’s price will become increasingly important. More often than not, we are witnessing optimistic estimates and forecasts related to this event. Growth after the previous halvings has formed positive expectations of market participants. However, there may be a correlation between these events, but not a cause-effect relation. This is a free market, where a minority of large investors always seek to play against the majority of small investors. Past growth after halving does not reject the possibility that now the opposite may happen. 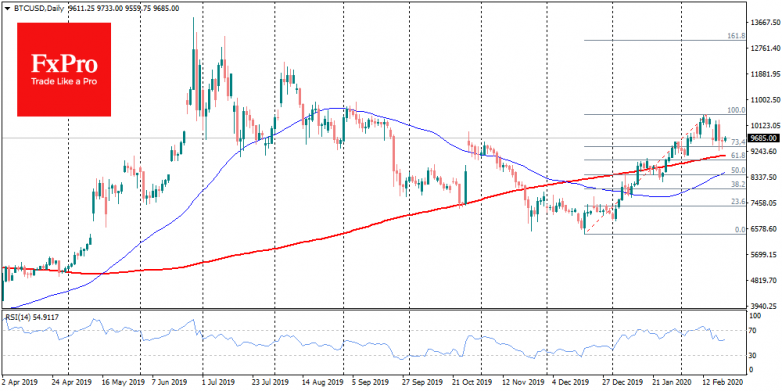