Over the past hour or two, Bitcoin bulls have been attempting to defend $9,000: just look below, where you can see a number of wicks below that price on the 15-minute chart. Thus far, $9,000 has been defended, with every print of a price below $9,000 quickly being bought up, resulting in a series of short-term candle closes above $9,000. 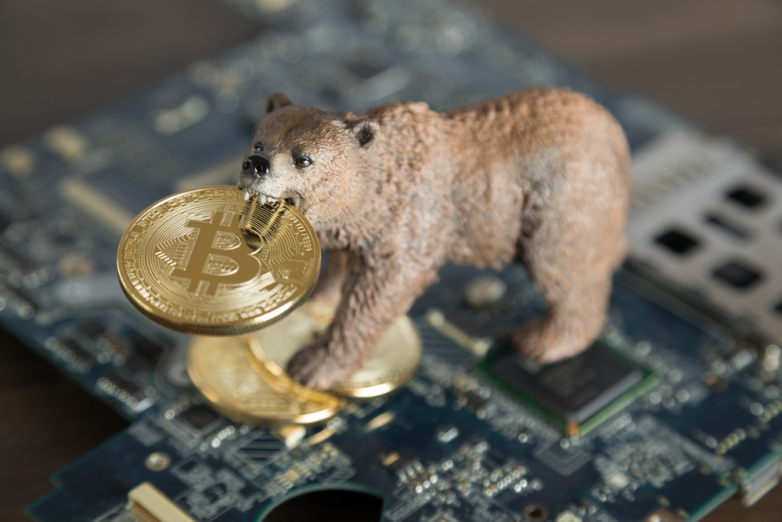 This price action comes after the leading cryptocurrency has bled out over the past few days, falling from as high as $10,000 on Sunday to $9,000 today. According to FloodXBT, one of BitMEX’s most profitable traders and one of Crypto Twitter’s most popular analysts, the resistance bears are facing at $9,000 is essential.

In fact, he dubbed the $9,000 region a “do or die” zone for BTC, drawing attention to the fact this level has acted as support for reversals in BTC over the past few weeks. Flood previously urged his followers to “bid $9k and thank me later,” indicating this is where he sees Bitcoin bottoming in the near term.

Unfortunately, not many are convinced Bitcoin will hold up here, citing that the trend is clearly sloped downward for the leading cryptocurrency and its altcoin ilk.

Prominent industry investor Josh Rager recently shared the below chart to his Telegram channel, remarking that despite BTC holding $9,000, the recent price action has brought it below a descending channel it has traded in over the past few days.This trend, he claims, suggests Bitcoin will be drawn towards $8,600 in the coming days.