Bitcoin is again on a growth wave, which allowed it not only to overcome the psychological level of $9K but also consolidated a little higher. The short-lived attack of the bears was repulsed, and on Friday morning BTCUSD trades at $9,100. The growth takes place against the background of an 8% increase in trading volumes, which is not a bad sign for the market. Besides, the rate has now returned to the 200 SMA, gaining support on the way down to the 50 SMA. The Crypto Fear & Greed Index is in “fear” mode, having lost three pips in the last 24 hours. 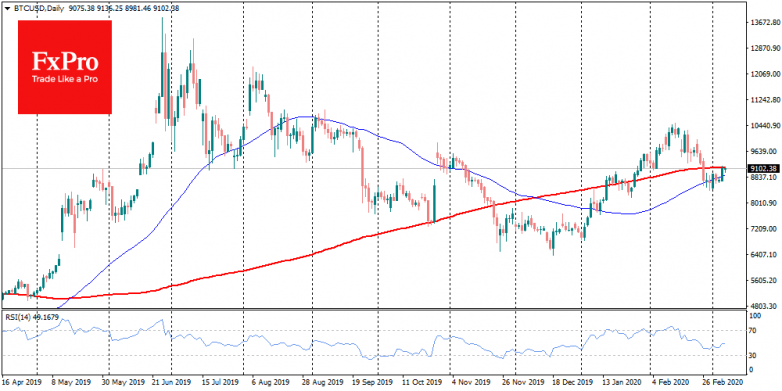 In the last seven days, the total capitalization of the cryptocurrencies has increased by $10bn. The situation with the coronavirus is far from over, so stocks are still declining. Against this background, the cryptocurrencies demonstrate relative stability. At first, they took the hit, as well as other risky assets, but it seems that digital currencies have some immunity to decline further.