The United States is now the third country with the highest number of COVID-19 cases at 46,168. Within ten days, the number of confirmed cases the country skyrocketed nearly 2,000%. As shocking as it may look, statistics show that the U.S. will have the most number of coronavirus cases in a matter of days. 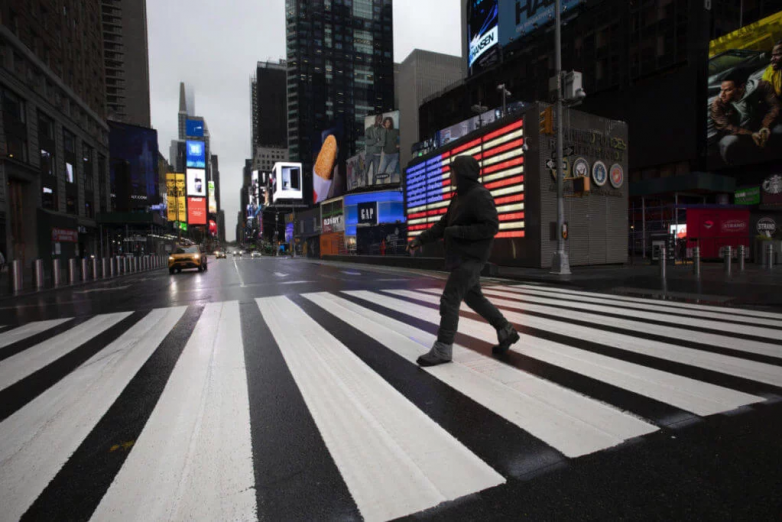 The situation in the United States appears to be going from bad to worse. A Financial Times chart illustrates that the U.S. has overtaken China and Italy in trajectory. In other words, the number of cases in the U.S. is expected to double roughly every two days. In Italy, cases are projected to double every three days while China’s trajectory is flattening. Though China could be misleading their figures after ordering foreign journalists to leave the country.

With the current rate of infection, it won’t be surprising to see over 350,000 COVID-19 cases in the U.S. by the end of March. The novel coronavirus is hitting New York state the hardest. Governor Andrew Cuomo issued an emergency directive Monday as COVID-19 cases across the state approached 21,00. The governor says that about 40% to 80% of New York’s population is going to be infected by COVID-19. That number means there will be 7.8 million to 15.6 million New York residents infected. New York is not the only state that would be devastated by COVID-19. California Governor Gavin Newsom warned that more than half of the state’s 25.5 million population could be infected in the next two months. In New Jersey, analysts predict that 1.3 million state residents could contract COVID-19.

While the projected COVID-19 cases in the U.S. is horrifying, a leading scientist says that people are looking at the wrong metric. Princeton scientist Sam Wang explains that the surge in the number of cases indicates improved testing. To get an accurate picture of the pandemic, he says that government agencies should track the number of deaths per day. Wang explains that when the doubling time of deaths goes above three days, the worst of the pandemic should be over. Currently, the doubling times for China is 35 days while it is 12 days in South Korea. In the United States, confirmed deaths double every three days.U.S. to Overtake China With Most COVID-19 Cases In a Matter of Days, CCN, Mar 24