On Tuesday morning, Bitcoin showed 4.5% growth and traded around $7,300. At some point, bitcoin climbed to $7,400 but attracted sellers. According to CoinMarketCap, in the last 24 hours, trading volumes in the Bitcoin network increased by 45%. Markets believe that the growth in volumes along with the price indicates the strength of the move. Crypto market participants may not like it, but the dynamics of digital currencies have once again coincided with the sentiment of the stock market.

Crypto Fear & Greed Index grew by 8 points overnight, but it is still in the “extreme fear” zone. RSI went up, but so far in the neutral zone.

The altcoins not only supported the first coin but also increased their growth. For example, Ethereum (ETH) jumped more than 14% to $170 a day. Other currencies are mostly showing more modest growth, but the whole market is in the “green zone”. 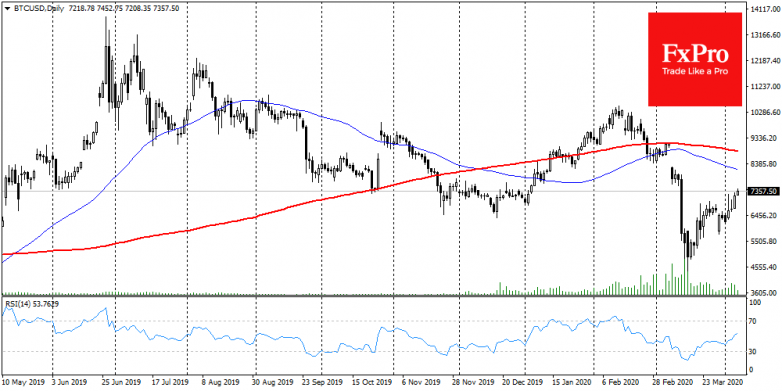