Will halving help the crypto market?

Over the past few days, bitcoin stood at around $7,300, which is good news after a collapse a month ago. The first cryptocurrency recovered to levels at the start of the year that now seems like a century ago.

Because of the incredibly rich negative news background, the participants in the crypto market began to forget about purely “cryptocurrency” events. Nevertheless, they happen. Yesterday the halving occurred in the Bitcoin Cash (BCH) network. At ordinary times it would have been quite a remarkable event for the whole sector. After halvings in 2012 and 2016, there was an acceleration of BTC growth. This is what investors expect from other coins as well. 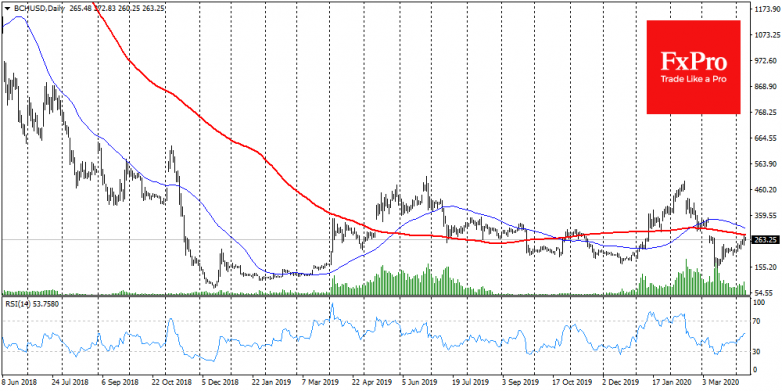 However, altcoins may behave not as benchmark cryptocurrency. Litecoin (LTC) has shown that for the altcoins, everything ends with increased volatility and speculation. Litecoin, which experienced halving last year, is now trading relatively close to the lows of the “crypto winter”. Probably, such a scenario can wait for Bitcoin Cash (BCH). 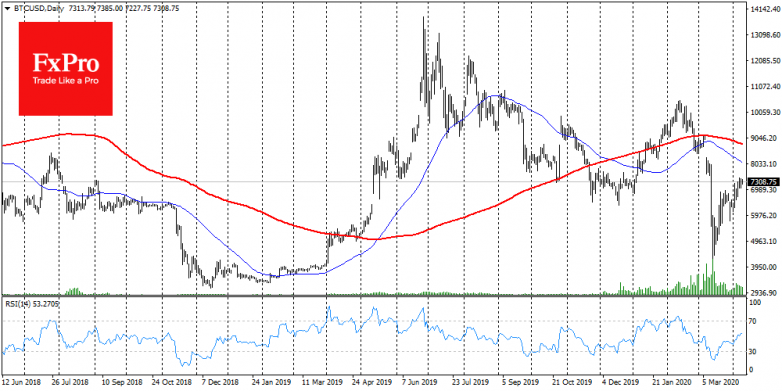 One should not ignore the growing attention of the community to the correlation between the stock market and Bitcoin. Crypto enthusiasts do not like this topic in principle, as digital currencies “should be a standing-along asset”. However, after the collapse on March 12, Arcane Research analyzed the situation and concluded that the S&P500 and Bitcoin showed an increasing correlation. Recently, the relationship weakened somewhat, but market participants came to the main conclusion: when planetary events occur, everything is interconnected. 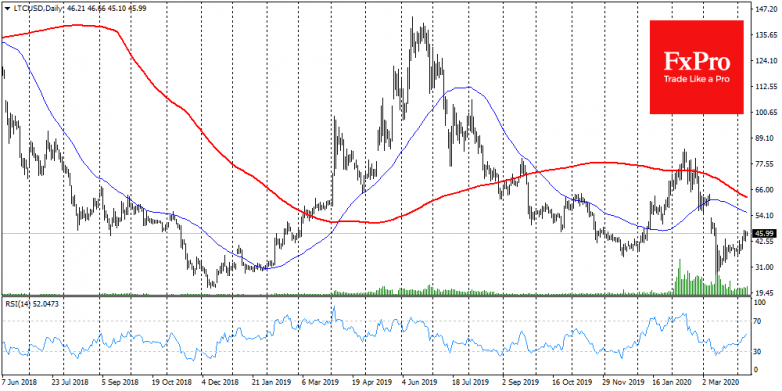 It is unlikely that Bitcoin will ever turn into a safe asset, digital gold, safe-haven or a traditional risky asset. Bitcoin is a crisis asset that was invented to exist in “socionomy”, i.e. for the exchange of values between people without the participation of officials and banks. If, as the global economic crisis develops, Bitcoin does not return to its primary function, retaining only the speculative component, the asset may face serious problems.