Bitcoin lost more than 4% in one day, pulling down the rest of the crypto market. As is often the case, the sideway price trend ends with a sale for bitcoin. At the moment, the benchmark cryptocurrency has rolled back below the round level of $7K, which can hardly be considered a disaster.

The Crypto Fear & Greed Index, which has barely begun to rise recently, has plummeted back to 15, which corresponds to “extreme fear”. If buyers do not support Bitcoin soon, the situation may go even more harmful.

Recently “halved” Bitcoin Cash (BCH) and Bitcoin SV (BSV) are down by more than 9% amid disappointment in the crypto community. According to WhalteAlert, unknown whales moved 49,342 BTC (USD 361,016,972). These bitcoins were moved between two wallets. Often after such large movements, the market is experiencing increased dynamics in either direction. 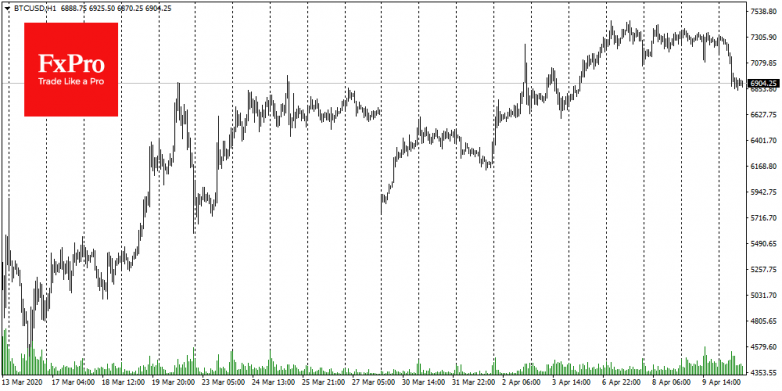