Crypto demand has increased but fear is still here

At the end of last week, Bitcoin climbed above 7K, where it managed to gain a foothold. Bitcoin’s ability to hold above $7K is good news for the entire crypto market. Bitcoin’s dominance index has dropped by almost a per cent in the last 7 days. This indicates the interest of crypto market participants not only in the benchmark cryptocurrency but also in altcoins. Declining interest in Bitcoin also indicates growing demand for risk.

The RSI index is in a neutral zone, which indicates that the market can turn either side at any time. The Crypto Fear & Greed Index has been in the “extreme fear” zone for more than a month. Low index values often precede price reversals towards growth. But now we can say that this is only partially true.

The total capitalization of the crypto market has grown by $17 billion over the last 7 days. If you take the price statistics of the cryptocurrencies for the week, the indicators seem to be quite optimistic. Bitcoin grew by more than 6% over the week, almost doubling against a low of March 13. The leading altcoin Ethereum (ETH) jumped more than 19% over the week. Tezos (XTZ) was also among the record-breakers, climbing more than 20%. The largest anonymous coins DASH, Monero (XMR) and ZCash (ZEC) rose by 13%, 10% and 35% over the week, respectively.

The epidemic has opened up unprecedented opportunities to control all spheres of life, from independent reports of citizens on their movements to their actual place of residence and financial flows. There are fears that it will be very difficult for the authorities to give up such control after the epidemic is over. Under these conditions, anonymous cryptocurrencies may get their growth impulse, as the Bitcoin in the market is too closely monitored.

The epidemic will also make its own adjustments in the global labour market. There is already an unprecedented increase in layoffs. Some of the remaining workers are facing pay cuts, or are likely to face them in the future. Some of them will never leave the remote work, as it will be unprofitable for employers, as part of cost control, to maintain offices. 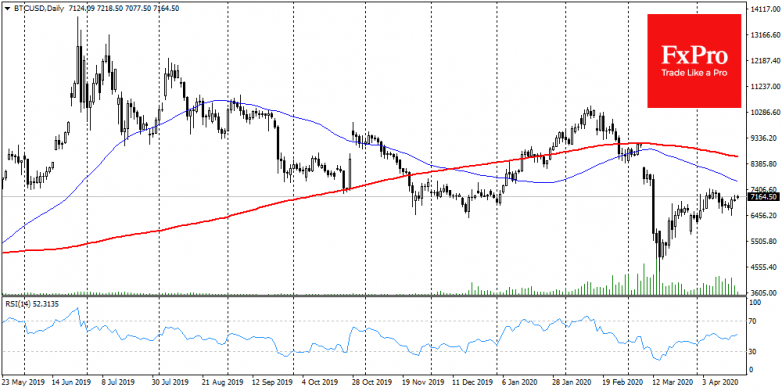 The impending crisis may prove to be something really new to the global economy, as leading central banks are close to depleting stimulus instruments. Anonymous cryptocurrencies have been in formation for 10 years since the last crisis, and a new financial meltdown may help them reach their potential in the coming years.