Weekly US Jobless Claims data looks the most timely estimate of the labour market. And this assessment can hardly be called optimistic. Last week, there were 3.169 million people claimed for unemployment insurance. The wave of the end of March is smoothly dying out. And the keyword here is “smoothly.” Over the week to April 25, the number of continued weekly claims reached 22.65 million compared to the expected 19.9 million. Such a rapid growth suggests that people who have lost their jobs or are on forced leave are still unemployed. More precisely, over the six weeks of booming unemployment, 30.3 million people applied for benefits initially, 70% of which are still without work. Short-term forced vacations are increasingly turning into job cuts. More and more companies are announcing plans to cut staff. From tomorrow’s Payrolls, market analysts expect a 21 million decline. However, according to our estimates, recent weekly data, NFP decline may be closer to 23 million. 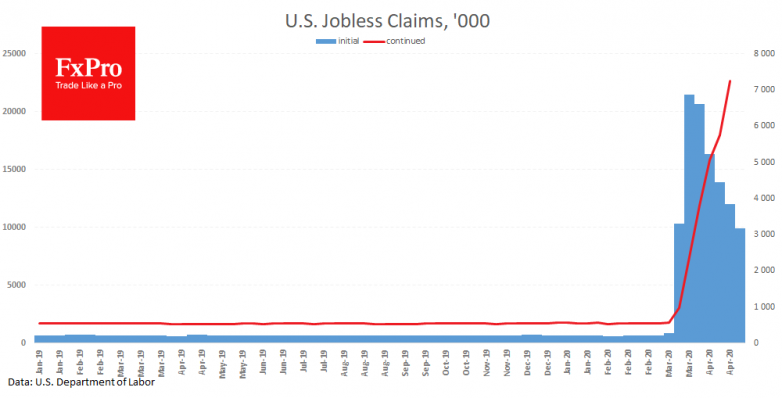 In the EURUSD, traders’ attention now focused on the support area. Close to these levels (1.0780), the pair have been getting for support since February but is increasingly pushing for it. Frightening US data can return the demand for the dollar and Treasuries as a safe-haven during the storm. Moreover, the powerful “vacuum cleaner” of the US Treasury turned on fully, intending to attract $3 trillion from the market in the second quarter. On the other hand, the ECB has to overcome the resistance of Germany, which has become an open opposition to the current form of QE. Without such an essential buyer in markets like the ECB, such a money market “cleaner” in Europe will not work on its full capacity. 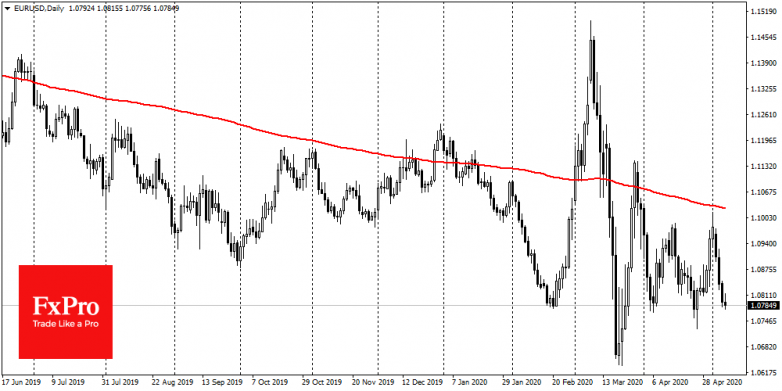