US CPI: The first signs of shifts in consumption

Prices in the United States fell in April at the highest rate since 2008. A new BLS report noted a fall in the general price level in the USA by 0.8% mom, by April last year, growth had slowed to 0.3% against 2.5% in January and 1.5% a month earlier. The most substantial contribution was made by 20% of the collapse in fuel prices. At the same time, food prices, as we warned earlier, rose sharply. The jump in home food prices ( 2.6% mom) turned out to be the sharpest since 1974 – the time of double-digit inflation rates.

Violations of supply chains and restrictions on attracting cheap (often foreign) workforce have identified this segment. These restrictions promise to remain valid for many months, risking further development of this trend. 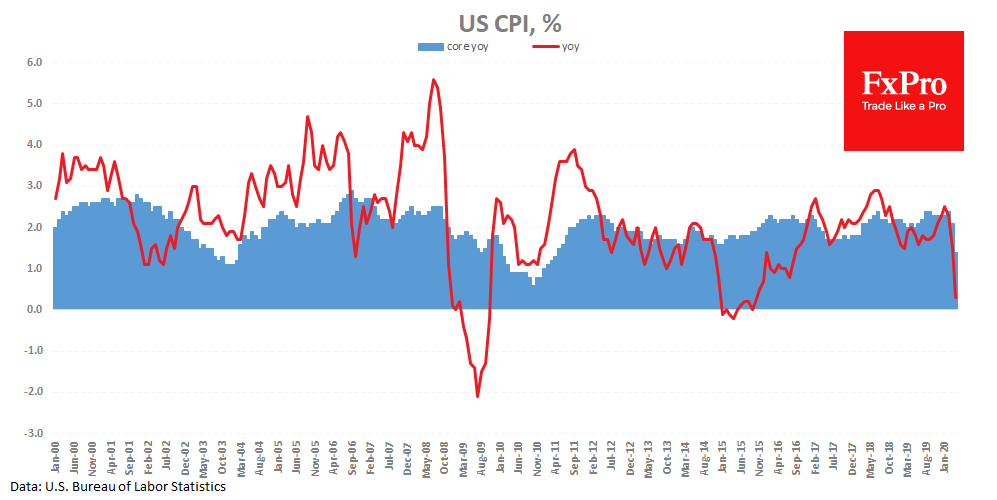 US Inflation decreased more than expected

Separately, it is worth mentioning the decline in core CPI, which excludes food and energy prices moves. It fell by 0.4%, which is the most significant monthly drop in its history back to 1957. Probably, we see only the first signs of tectonic shifts in consumer priorities away from attributes such as clothing and cars to food and medical care.

For investors, these changes in the inflation trend can be a starting point for review prospects for automotive companies, insurers, and sellers/manufacturers of clothing. On the other hand, prices for agricultural products such as Wheat, Soybeans, Sugar, Coffee are close to multi-year lows, which creates an impressive potential for price increases. Potentially, they can become that haven for investors seeking to protect themselves from inflation caused by the uncontrolled printing of money and falling living standards due to unemployment. 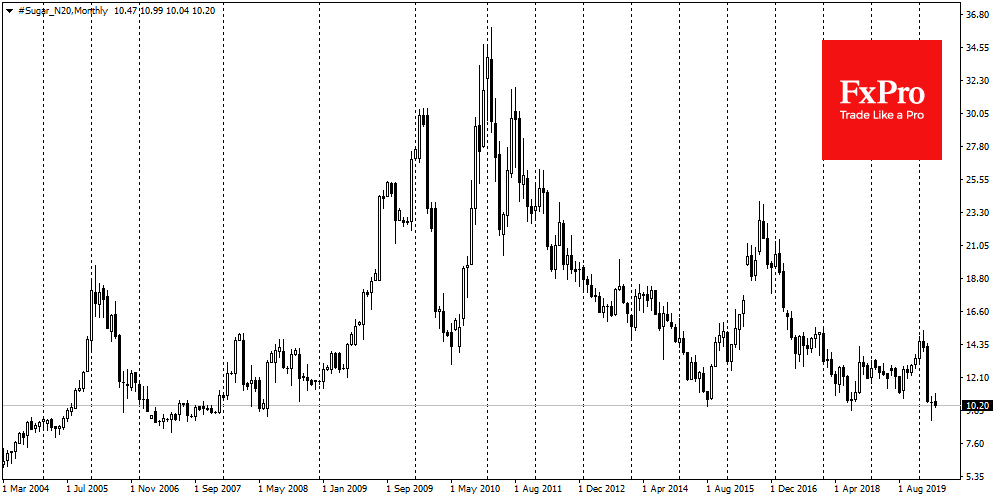 Sugar prices near its multy-year lows