U.S. producer prices fell by the most since 2009 in April, leading to the largest annual decline in nearly 4-1/2 years, bolstering some economists’ predictions for a brief period of deflation as the novel coronavirus depresses demand.

The report from the Labor Department on Wednesday followed data on Tuesday showing consumer prices dropping by the most since the 2007-09 Great Recession, and a measure of underlying inflation posting a record decline. It also came as Federal Reserve Chair Jerome Powell cautioned the economy could face an “extended period” of weak growth and stagnant incomes. 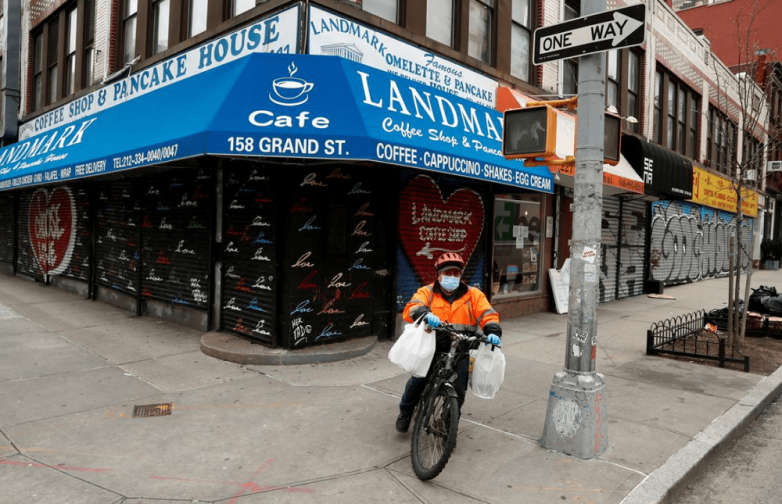 Lockdowns to slow the spread of COVID-19, the respiratory illness caused by the virus, have weighed on demand, with the economy contracting in the first quarter at its sharpest pace since the final three months of 2008. Deflation, a decline in the general price level, is harmful during a recession as consumers and businesses may delay purchases in anticipation of lower prices, worsening the economic downturn.

The producer price index for final demand tumbled 1.3% last month, the biggest decline since the series was revamped in December 2009, after slipping 0.2% in March. In the 12 months through April, the PPI decreased 1.2%. That was the biggest drop since November 2015 and followed a 0.7% increase in March.

Economists polled by Reuters had forecast the PPI falling 0.5% in April and declining 0.2% on a year-on-year basis.

Excluding the volatile food, energy and trade services components, producer prices plunged 0.9% in April, the biggest drop since the introduction of the series in September 2013.

The so-called core PPI fell 0.2% in March and has now declined for three straight months. In the 12 months through April, the core PPI decreased 0.3%. That was the first 12-month drop in core PPI and followed a 1.0% increase in March.

In April, wholesale energy prices collapsed 19.0% after tumbling 6.7% in March. They were depressed by a 56.6% dive in gasoline prices, the largest decrease since the series began in February 1947. That followed a 16.8% drop in March.

The decline in wholesale food prices was in stark contrast to the surge in food prices at the consumer level last month, which rose at the fastest pace since January 1990, consumer price data showed on Tuesday.

The sharp drop in wholesale goods prices accounted for more than 80% of the decrease in the PPI last month. Core goods prices fell 0.4% in April after gaining 0.2% in March.

The cost of services fell 0.2% last month, reversing March’s 0.2% gain. Services were held down by decreases in the costs of airline tickets and hotel and motel accommodation. Prices for apparel, footwear and accessories also fell.