Bitcoin defies gravity, adding 7% in the last 24 hours to $9,500 at 09:00 GMT. Along with the price, the trading volume increased by 12%, which additionally speaks in favour of further growth. From the technical analysis side, Bitcoin got support after a dip to a 200-day moving average near $8,500. If bitcoin can go above the big round level 10K, it will give hope to the whole crypto market. 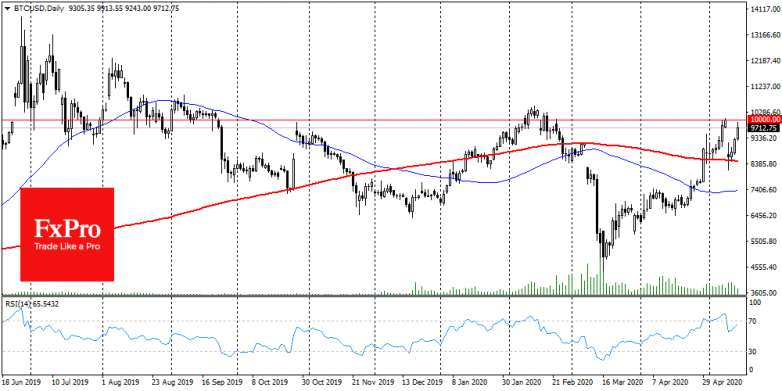 Bitcoin got support after a dip to a 200-DMA

Market sentiment on the eve of halving could not be called cheerful. There was quite a lot of equipment for bitcoin mining, which barely made any profit. After the reward reducing, these ASICs would have to be turned off. According to the latest data from The Block, the reduction in hash rate after halving has already been 16%. The miners’ revenues have dropped by 44%. However, now market participants are waiting for a recalculation of the difficulty, which will slightly correct the situation. Anyway, this may only be the beginning of the process, as even more efficient devices for mining barely pay off.

It is highly probable that some of the miners will start selling their assets to cover the losses. Others will go out of business, and if they have debts, they will also have to cover their costs by selling coins. It will also be possible to talk about continuing the process of consolidation of the mining market participants, as well as even more centralization of computing power. For a decentralized project, this sounds like bad news.

However, this may only be the first shock. As bitcoin pricing is now driven not only by miners and retail investors but also by large institutional investors and funds, clashes can be mitigated by increased trading volumes and the diversity of participants. CoinMarketCap data shows that current average trading volumes are several times higher than the peak values of 2017. The market has grown, matured, and it is very likely that current events in the global economy will have a more significant impact on the coin. 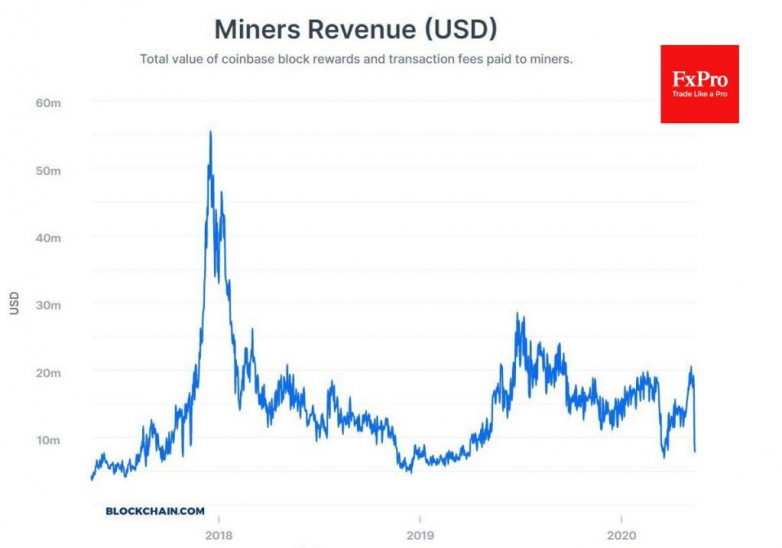 Sad news for the “crypto” as a whole came from the US. Expelled from Russia, Pavel Durov (Vkontakte and Telegram founder)  can’t launch his cryptocurrency in integration with Telegram messenger in the US. American courts are on the side of the SEC, once again confirming the main idea of the US monetary authorities: no competitors to the dollar will be allowed into the mainstream. The TON technology will be used, but without the user base of the messenger, it won’t be of interest. A similar fate awaited Libra, which leads us to the idea that the crypto market will be allowed to live only in its current state and size, waiting for the launch of official national cryptocurrencies.