Grim retail and manufacturing data from the US and China

This morning China released April data on retail sales and industrial production. That month, the work of factories was resumed, and movements were restored, so the dynamics of consumers and producers may become exemplary for other countries. And there is little good news, except for the increase in industrial production by 3.9% compared to April last year.

The bad news is, ex for the first three months, this is the lowest YoY growth since 2009. In total, the drop in the first four months of this year is 4.9% from the same period a year earlier (YTD/YTD). 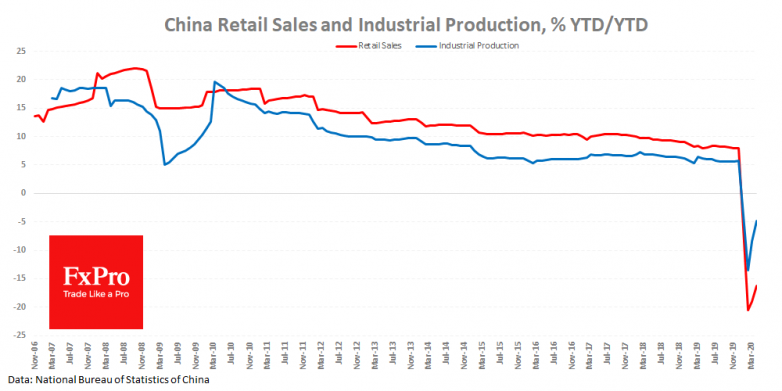 China Retail Sales and Industrial Production: some rebound, but still in decline

Further worse. Retail sales remain deep in the red zone. Their decrease is 7.5% compared to April 2019 and 16.2% YTD/YTD. Such figures destroy the hope that the realization of pent-up demand will follow the economy reopening. The numbers are growing compared with the worst months, but so far there is no question of the beginning of recovery. 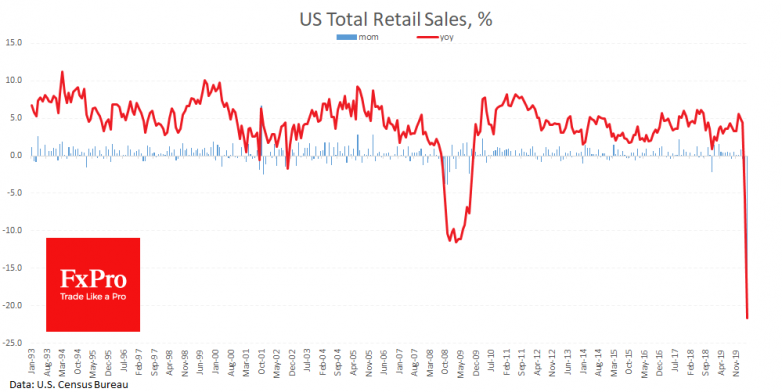 Published US data continues to paint a grim picture of the economy. Retail sales for April fell 16.4% after an 8.3% decline in March. And this is significantly worse than expected (-12%). The decrease to the previous year exceeds 20.5%, additionally tuning in to a cardinal collapse of the economy.
Separately, today the Fed published data on Industrial Production last month showed a decline of 11.2% by March and 15% by April of last year. 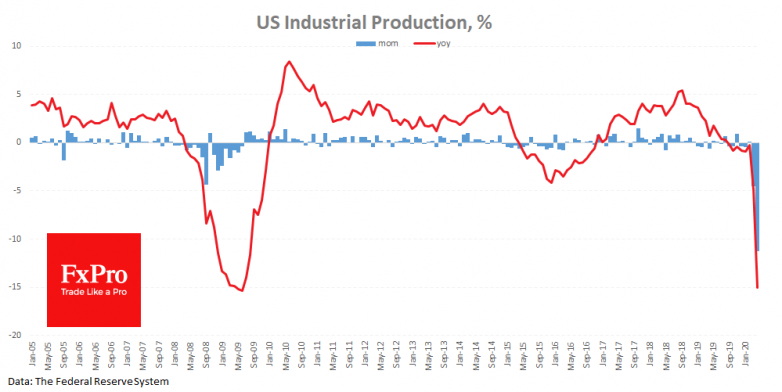 Already, this is deeper than the drop in China earlier this year and is approaching the worst point after the global financial crisis. An additional alarming factor is that a year-on-year decline was since September last year. Production risks becoming a weak link in the US economy, and a potential new swell in trade disputes only further clouds over forecasts and may further deter companies from recovering activity.