Is Bitcoin the new Netscape?

Bitcoin is again above $9K, but there is not much excitement among market participants. Everything is easy to explain: bulls and bears are too often playing tug-of-war near this level. This sideways price trend with short-term rebounds and drops lasts for a month. For the first coin, it’s a tedious struggle that often ends with a sell-off.

Yesterday evening, buyers once again supported the bitcoin below $9K, but at the moment we can also say that this momentum has already dried up. As we approach $9,200, the bears have already started to fight back. From a broader perspective, we can see that Bitcoin is still unable to get out of the descending channel. In order to convince investors in bitcoin’s ability to move to the upward channel, the coin must not only confidently overcome the $10K threshold, but also show the upward trend towards $11K. At this stage, it seems to be a very unlikely scenario. 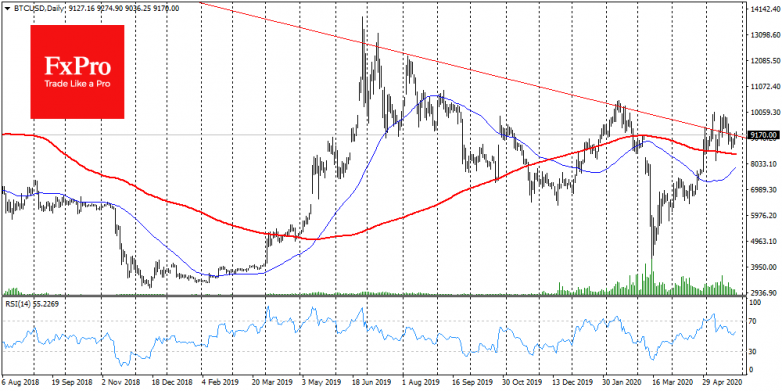 Bitcoin went on the downtrend

Bitcoin decreased by almost 4% in the last week. After halving, the new driver for the crypto sphere is the approaching launch of CBDC (central bank digital currencies) projects. Under the new theory, it is assumed that the overall “digitalization” of money will be an impulse for the growth of bitcoin’s popularity. The Bank for International Settlements has come to the conclusion that almost fifty countries are developing such CBDCs. It is believed that a better understanding of how cryptocurrencies work and increased comfort in their use will lead to a situation where the bitcoin gets a small part of the huge CBDC user base “pie”.

However, from the position of Bitcoin-maximalists, this is the most astonishing point of view. It turns out that the base crypto idea has outlived itself. In this way, Bitcoin looks like the hero of the Dot-com bubble – Netscape, that gave the technology itself and set the overall direction but could not ride the wave. Proponents of the baseline scenario suggest that in addition to growth within a few quarters after halving, Bitcoin and altcoins, in general, will get their impulse from unwise monetary policy and global turmoil, rather than “crumbs from the table” of the CBDC industry.