During the last 24 hours, bitcoin has increased by 4% to $9,500 with a similar rise in trading volumes. This growth coincided with a significant transaction of whales. According to WhaleAlert, 11,660 BTC ($111,259,669) were transferred between two unknown wallets. Not consistently big transfers are a harbinger of significant changes but always attracts attention. Bitcoin bounced back confidently from the lower boundary of $9K, but this is still not the pace of growth that allows us to talk about changing the direction.

A few per cent growth every day would be an ideal scenario to attract new buyers, but it is unlikely possible. This is precisely the principle of coin pricing that has been criticized by Goldman Sachs. The world largest investment bank does not recommend to deal with cryptocurrencies for its clients. In any case, these comments won’t stop true cryptocurrency evangelists, and Goldman is already accused of both outdated views and unfair play. Tyler Winklevoss thought it might be a tactic to convince the market when you talk about one thing and do the exact opposite. 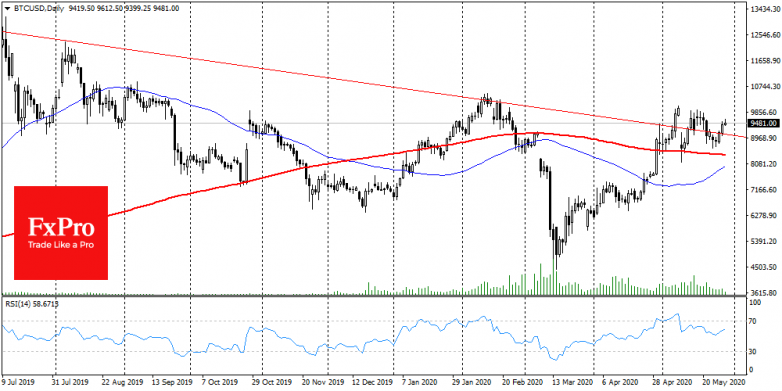 Bitcoin’s another attempt to fight the downtrend