April data on personal spending and income in the United States showed a very wary mood of the Americans. A recent publication notes revenue growth of 10.5% in April (vs -7% expected) after a decrease of 2.2% in March. But the rate of outlays cut doubled to 13.6% after 6.9% a month earlier. Compared to February, revenues in April were 8.1% higher, and outlays were 19.2% lower. 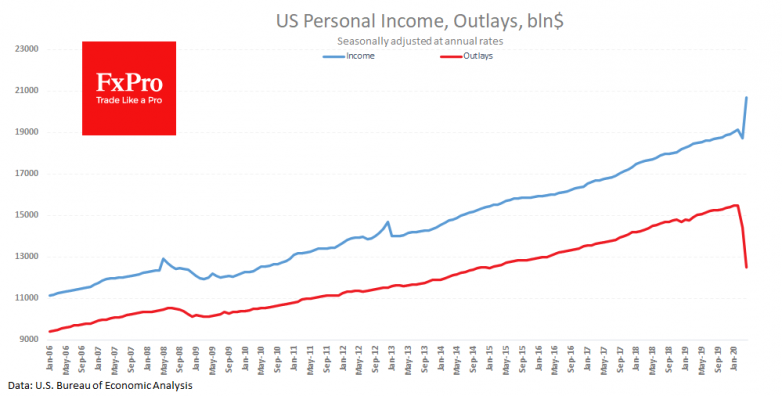 Very sharp drop in Outlays amid jump in Income

The share of savings to disposable income reached an unprecedented 33%. After 2007, Americans increased their savings rate. This was the so-called deleverage and the transition to a more conservative model of behaviour compared to the housing boom in the early 2000s. In March and April, many cut spending on leisure, fuel, and restaurants, as well as cutting optional costs, fearing uncertainty.

It is positive that revenues showed a sharp increase, and did not collapse, as was expected, despite the drop in employment. This remains the hope of a recovery in demand. It is alarming that the US population is unprecedentedly saving, which portends a prolonged economic downturn, as companies, faced with a reduction in revenue, will cut employees for economic reasons, and not because of the lockdown shock. 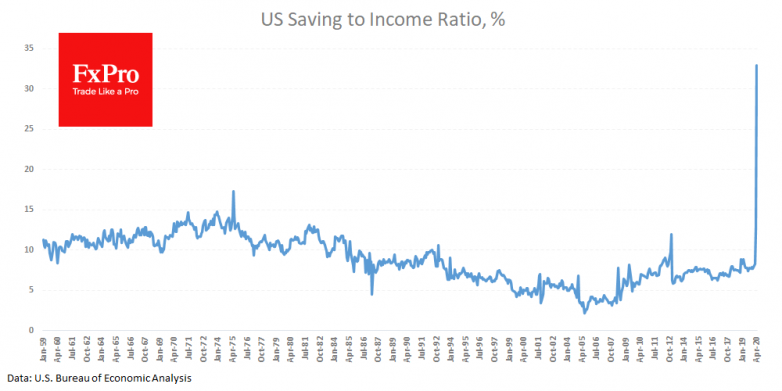 Savings to income rate surged to 33%