The White House on Monday called for “law and order” and blamed agitators for a sixth straight night of violent nationwide U.S. protests triggered by anger over racial inequities and excessive police force.

Police and fire departments fought into the night to quell chaos of fires burning near the White House and shops looted in New York City and Southern California. The National Guard said it had deployed in 23 states and Washington, D.C. 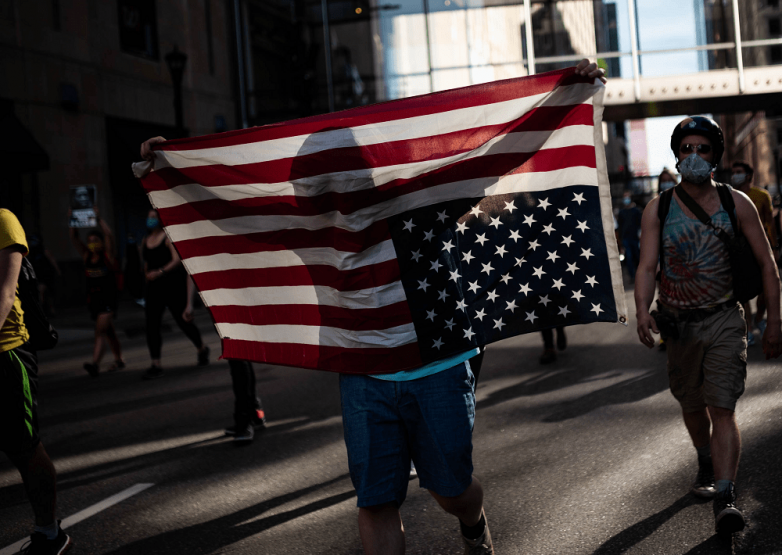 One person was killed in Louisville, Kentucky, overnight where police and National Guard troops returned fire while trying to disperse a crowd. The unrest, which erupted as the country was reopening after lengthy lockdowns to stop the spread of the novel coronavirus, began with peaceful protests over the death of a black man, George Floyd, in police custody in Minneapolis last Monday.

Video footage showed a white police officer kneeling on the neck of Floyd, 46, for nearly nine minutes before he died. Derek Chauvin, the since-fired police officer involved in the incident, has been charged with third-degree murder.

Dozens of cities across the United States remain under curfews at a level not seen since riots following the 1968 assassination of civil rights activist Martin Luther King Jr.

“We need law and order in this country,” White House spokeswoman Kayleigh McEnany told Fox News. She said Antifa, an anti-fascist group, was “certainly behind” the violence.

U.S. President Donald Trump, who on Sunday branded the group a terrorist organization, was due on Monday to meet his top law enforcement officer behind closed doors and then hold a call with governors, law enforcement and national security officials.

Trump has made no major public statement to address the growing crisis but has issued a flurry of tweets, describing protesters as “thugs” and urging mayors and governors to “get tough.” He has threatened to utilize the U.S. military.