German Employment data for May again emphasised that the labour market remains under pressure, despite a business activity indicators turn to the growth and a notable relaxation of quarantine restrictions. In May, unemployment increased by another 238K after a jump of 372K a month earlier. The unemployment rate rose to 6.3%, the highest level in five years. 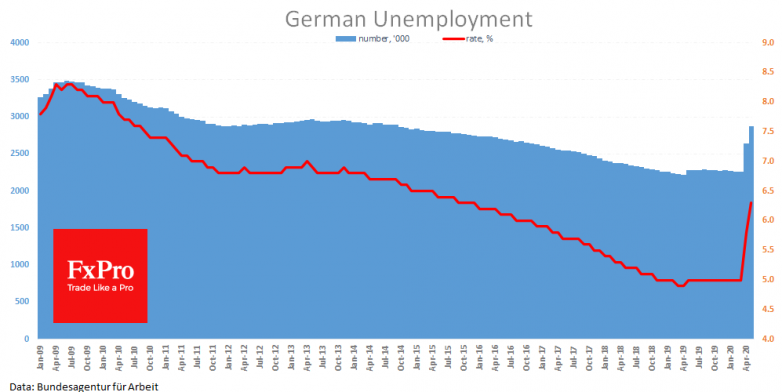 Compared to the United States (even with the correction that Germany has four times fewer people), the situation looks sharply better, according to which we often hear about the loss of 40 million jobs in three months. But in economics, one series is often compared to itself. And here is an alarming situation.

Germany’s labour market has got new 310K unemployed for seven months to June 2009, and that year GDP fell by 5.6%. Now in two months, the growth of the unemployed is almost twice as big.