U.S. stock-index futures were trading lower Thursday morning after a series of gains pushed the Nasdaq Composite to within 2% of its all-time high, as a gradual restart to the U.S. and world economies from coronavirus-induced closures helps support bullish sentiment.

Investors will be watching for a report on weekly U.S. jobless claims to gauge whether the worst of the impact of the viral outbreak has occurred, while a policy decision from the European Central Bank later in the morning could influence trading in U.S. assets. 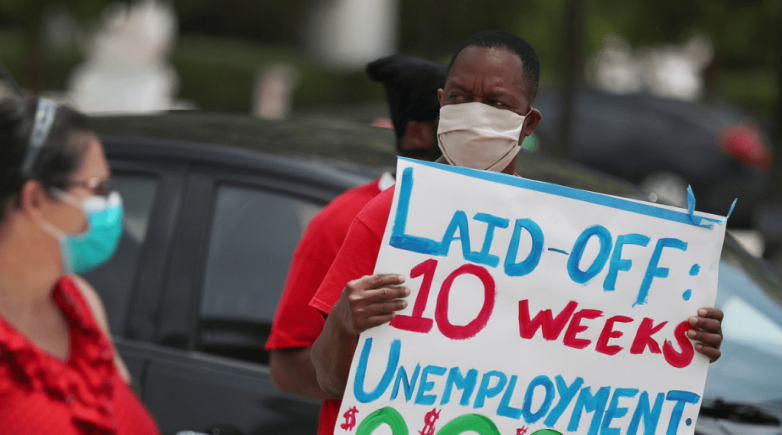 At least 1.8 million jobless workers are expected to have applied for unemployment benefits in the week ended May 30, according to economists polled by MarketWatch. That grim data however could underscore that the U.S. may be bottoming from the impact of the epidemic that has rocked the U.S. economy. The report is expected to be released at 8:30 a.m. Eastern.

Private-sector employment data on Wednesday showed that a total of 2.76 million jobs were lost in May, Automatic Data Processing Inc. reported, but that loss was far less severe than the 8.66 million estimated by Econoday.

Equity benchmarks in the U.S. have rallied mightily from their March 23 lows, partly on the back of optimism surrounding the reopening efforts and evidence of a slowing spread of the deadly infection as the summer gets under way.

Trillions of dollars in stimulus from the Federal Reserve and the U.S. government, underpinning financial markets, also have helped to drive the value of assets considered risky sharply higher from their coronavirus nadirs.

Meanwhile, investors will be watching to see if Europe’s central bank delivers further stimulus to its battered economy. Led by Christine Lagarde, the ECB is expected to announce its intention to expand its €750 billion ($840 billion) Pandemic Emergency Purchase Program, or risk disappointing the market. Analysts expect that to happen when the Governing Council concludes its meeting on Thursday at 7:45 a.m. Eastern. Lagarde will host a news conference at 8:30 a.m. Eastern to discuss the ECB’s policy actions.

Oil prices were under pressure Thursday amid uncertainties over a OPEC meeting, with West Texas Intermediate crude for July delivery off 57 cents, or 1.5%, to at $36.72 a barrel on the New York Mercantile Exchange.