ECB boosts EUR for now but hurts its potential

The ECB has expanded the package of support measures by 600B euro (750B expected) to 1350B. The deadline for the implementation of this program has been postponed, at least until June 2021. The remaining parameters of the monetary policy are unchanged.

This release returned the euro to growth. EURUSD jumped from 1.1200 to 1.1270. The single currency is growing against the dollar for the 9th day in a row, adding 3.7% during this time. If we exclude the EURUSD crisis spurt in early March due to market turbulence, then the current levels of the pair are the highest since July 2019. 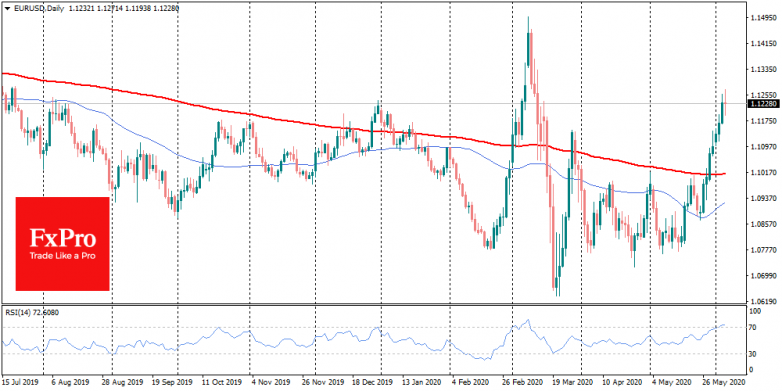 Quite shaky technical reasons further fuel the optimism of buyers. Invariably redeeming on downturns since the beginning of the year, EURUSD managed to stay within the long-term growth trend, passing through the lows of 2001 and 2016. From this position, the euro remains quite cheap.

More locally, buyers are attracted by the backdrop of overcoming the 200-day average pair of EURUSD.

It is also interesting that the EURUSD dynamics are very similar to the movements of 2008/09, but in a much more compressed form: what took weeks then, now only took days. Both then and now, risk aversion has caused pressure on EURUSD. This was followed by a rebound, as the Fed acted much more actively and on a larger scale. Behind the rebound, there was a new impulse down, which ended with the market turning towards growth. The recovery of EURUSD then continued until the end of 2009, until the first signs of debt problems in Greece, which undermined confidence in the euro. 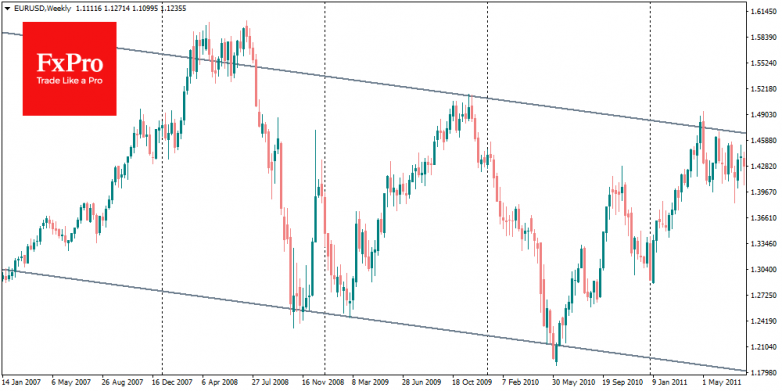 This does not mean that you need to monitor Greece or Italy, but consider the fact that the current momentum of growth in the pair maybe since the eurozone is in no hurry to give out money to save its economy. This is a local positive, but with the accumulation of long-term structural risks.