Before the Fed decision, markets may become more cautious

Growth in U.S. employment by 2.5 million instead of the expected decline by 7.5 million triggered one of the most energetic growth impulses in recent years. Nasdaq updated historical highs; Dow Jones climbed by more than 3%, S&P500 strengthened by 2.6%. On Monday morning, the Nasdaq shows new highs, and a little over 1% separates it from the round 10,000 in anticipation of the Fed meeting later this week.

Currency market dynamic often serves as an early indicator of sentiment. At the beginning of the week, it shows the growth of demand towards taking profits from the previous rally. 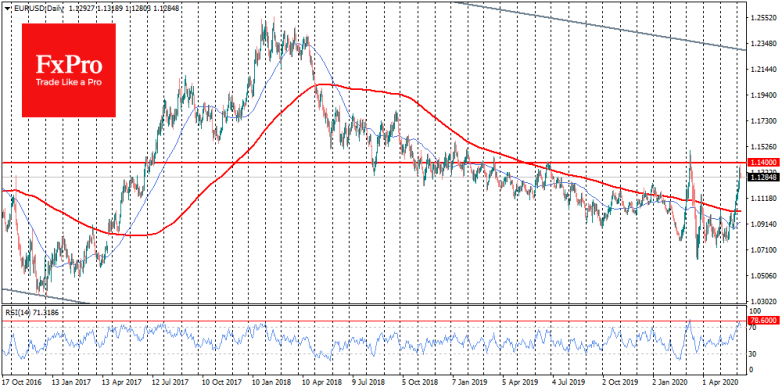 EURUSD dropped to 1.1280, losing 100 points from Friday’s highs after the 4.7% rally in the previous two weeks. The RSI indicator is retreating from the overbought area, which often signals a correction rollback. Since February 2019, the pair has reversed several times from levels near 1.1400, that is another sign in favour of correcting pullback. Besides, it is essential to remember that the ECB has impressively increased its QE, which makes the continued growth of the euro somewhat inappropriate for the fundamental reasons.

The Australian dollar is testing 0.7000, but on Friday and earlier today, it faced an increase in sales from these marks. Overcoming this level will be an additional signal of breaking the downtrend in the pair. However, still, it is worth waiting for this signal first. 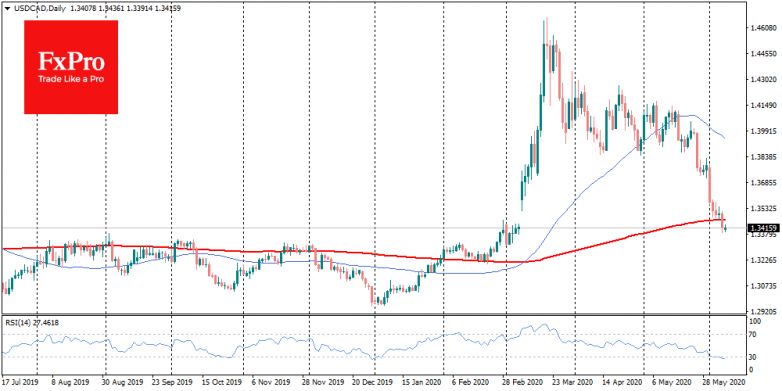 The Canadian dollar was falling below 1.34 on Friday, completely closing the gap of the beginning of March. Technically, the USDCAD is in the oversold area. Now, investors and traders can pay more attention to whether the Canadian currency has exhausted its growth momentum. Its dynamics is also crucial as a display of sentiment of American investors. At the same time, AUDUSD estimates the view of investors from Asia, and EURUSD – from Europe.

Quite possible that up to the Fed’s rate decision, the markets may be dominated by a corrective mood, as investors will close some positions after the previous rally and wait for further policy signals. At the end of last week, chances for the rate increase in June began to grow. So far, the probability of this is modest 9.3%. However, it is an essential signal that markets do not expect negative rates. 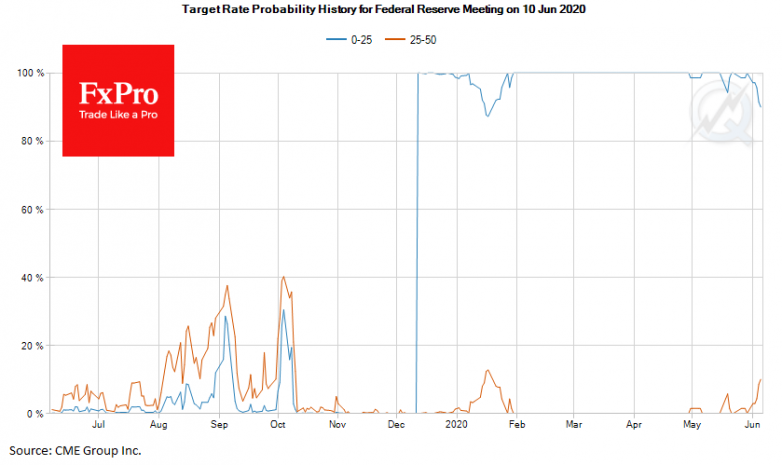