Published preliminary estimates showed a 0.1% price decline in May, and 0.6% to this month year ago, from 0.9% in April and 1.7% in January-February. On average, analysts expected a slight, 0.1% increase this month.

In theory, the weakest consumer inflation in four years may give the ECB space to soften monetary policy as it reflects a deterioration in consumer activity. In the coming months, annual inflation will likely go into the negative zone, below the lows of 2009 and 2015, when it was -0.5% and -0.4% YoY.

The reaction of the single currency may not be as sharp as before. Investors and traders are also putting their weight on the stimulus announced by European Commission yesterday and budget expenditures, as well as negative rates in the Euro-region, which will allow the ECB to continue to nod towards fiscal policy. The combination of the ECB’s inaction and low inflation is a plus for the euro, as it retains its real (adjusted for inflation) purchasing power. 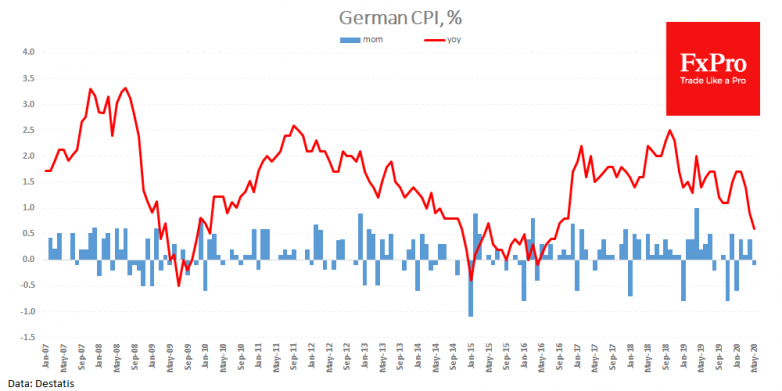