OPEC + ramping up Oil production, the US may follow

OPEC over the weekend agreed to extend the period of the lowest quotas for another month. This news pushed Oil price by 3.5% on Monday to $43.30 for Brent, and above $40 for WTI, the highest since March 6.

However, during the day, optimism of buyers faded somewhat, as incoming news noted increased competition between manufacturers. 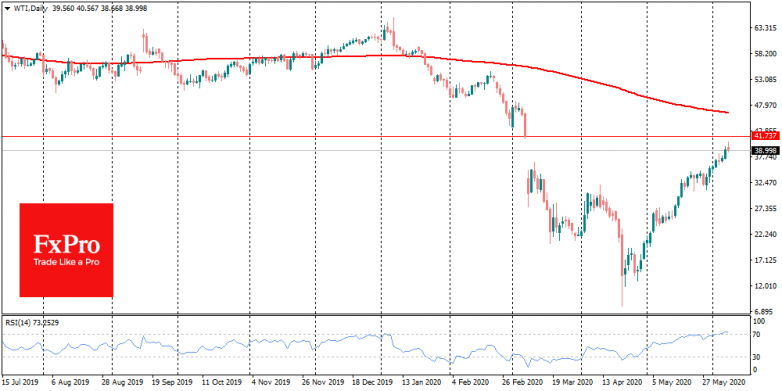 Firstly, Mexico refused to participate in further cuts. Recall that in April it acted as a renegade, pretty patting the nerves of the whole market.

Thirdly, Bank of America has estimated that at current prices, oil companies make a profit. Also, the International Energy Agency believes that US shale production could soon begin recovery. 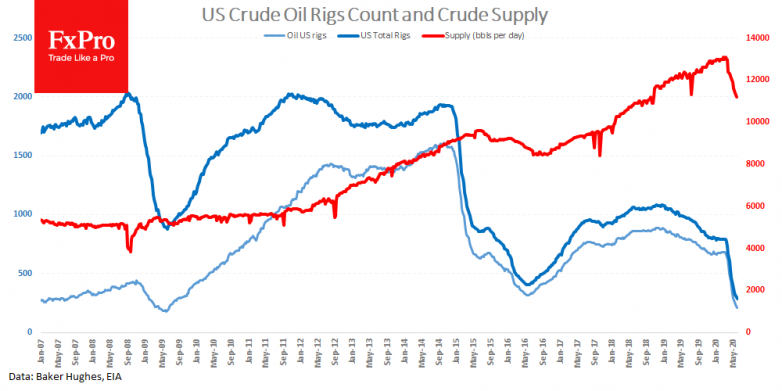 It must be said that so far, the weekly data on the number of operating rigs in the USA have noted a further decline. On Friday, Baker Hughes reported a drop of working oil rigs to 206, more and more approaching the 2009 lows (176). The total number (oil gas) has been rewriting historical lows every week for a month and a half, reaching 284.

Although prices have been increasing for the seventh week in a row, the American oil industry is just waiting for the moment to increase production. A new round of price reductions from current levels can again plunge manufacturers’ balances below the waterline.