Bitcoin stalls close to $9,700 around Friday’s closing levels. A short spike in volatility did not manage to shake the market early in the morning. Trading volumes remained stable at around $22bn. The price spike may have technical nature with triggering a lot of orders near significant round level $10K. The DVAN Buying and Selling Pressure indicator, which defines a bullish/bearish trend, signals a possible forming of a downward pattern. 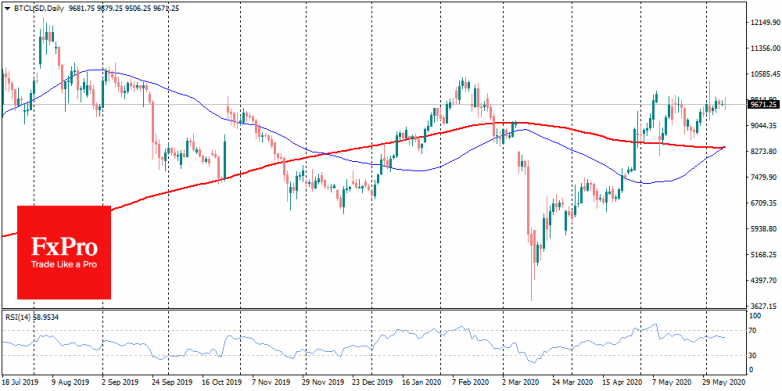 Also, during the night, the volatility growth was marked by the WhaleAlert channel. 20,000 BTC were transferred between two unknown wallets. Then there were notifications of smaller transactions, but in total over 34K BTC were moved overnight. Most of them occurred a few hours before the surge in price volatility.

Besides, it is worth noting a sharp increase in XRP movement volumes. During the last night, almost 900 million coins were put in motion. All of them were sent to unknown wallets.