The first cryptocurrency is again carefully approaching the most critical psychological level of $10K. It is the fourth time Bitcoin is trying to reach this resistance level, and the bulls still have hope for continued growth. Trade volumes in the Bitcoin network have risen by 16% in the last 24 hours and combined with the price growth. This could be an excellent basis for further acceleration. Consistent price dynamics accompanies long-term purchases, as opposed to impulsive and unreliable jumps on FOMO waves. 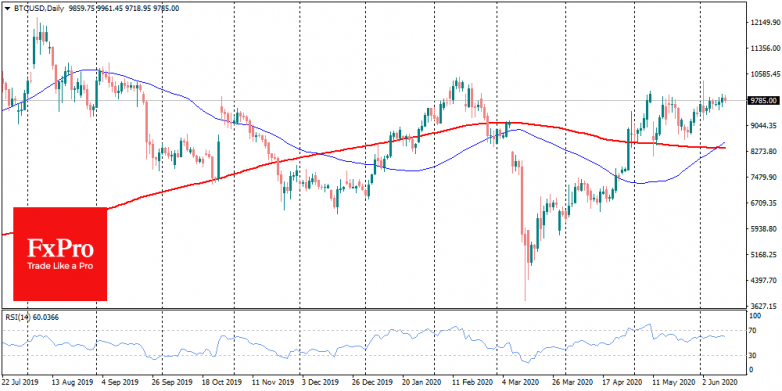 Exactly one month has passed since the third halving in the Bitcoin network was activated. What do we see in the technical characteristics of the network? Hash rate has started to grow again, and although it has not reached the values before the halving, there is no doubt that this will happen.

This is possible because of the reducing network difficulty after turning off the most outdated ASIC devices. The yield of high-performance miners is growing, which can be seen on the graph. Thus, halving has shown that network members adjust to new realities very quickly. Besides, halving was entirely predictable, which allowed most of the market participants to prepare for the event. 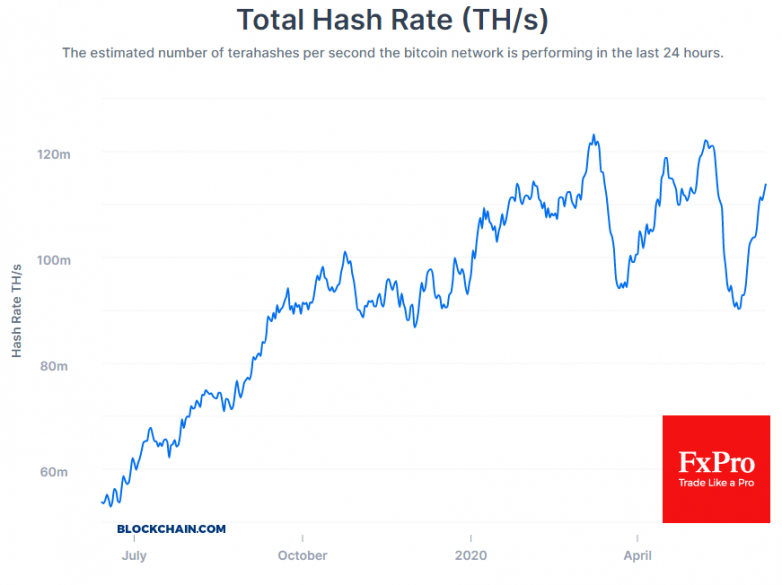 Analytical companies have recorded an increase in institutional demand for cryptocurrency. In many ways, it can be driven by the halving, which in the perspective of several quarters may lead the cryptocurrency to new highs. From November to March, Fidelity Digital Assets interviewed almost 800 institutional investors in the U.S. and Europe. They concluded that nearly 80% of respondents were positive about crypto derivatives, while 36% of them invested in crypto assets.

At the moment, we can see that digital currencies, despite the highly controversial attitude of central banks and politicians, are accepted by the global investment community as a new asset class. This fact is not surprising, as, over the past few years, there have been many instruments that have made it easier for professional traders and investors to enter the digital currency market. CryptoCompare has concluded that halving has set the stage for the take-off of crypto derivatives trading volumes to $600 billion in May, which is a historic high for the market. The attention of institutional investors is not always positive for the crypto market, as it was the futures that drove the bitcoin off Olympus. Still, in this case, there is a reason for cautious optimism.