The bears tried to increase the pressure on Bitcoin by pushing the coin to $9,300. Tug-of-war has already started at this level, as even this decrease was enough to activate equally cautious purchases. At the same time, the trading volumes in the network remained unchanged. Altcoins showed a similar slight decline during the day. On Friday morning, WhaleAlert reported the movement of almost 40K BTC ($369 million) between unknown wallets. Such events do not necessarily lead to increased volatility, but always attract the attention of the crypto community.

Locally, Bitcoin continues to be pressured by negative news around the possibility of a second wave of the pandemic, the dangerous situation on the stock market, and the reluctance of weak miners to leave the market after halving. The volume of funds in the hands of investors is much more than the number of directions where they can invest this money. Following the financial market plays against the benchmark coin as it was perceived as a counterbalance to the traditional market. Now investors have even less reason to invest in cryptocurrency, which suffers along with the entire market of risky assets. 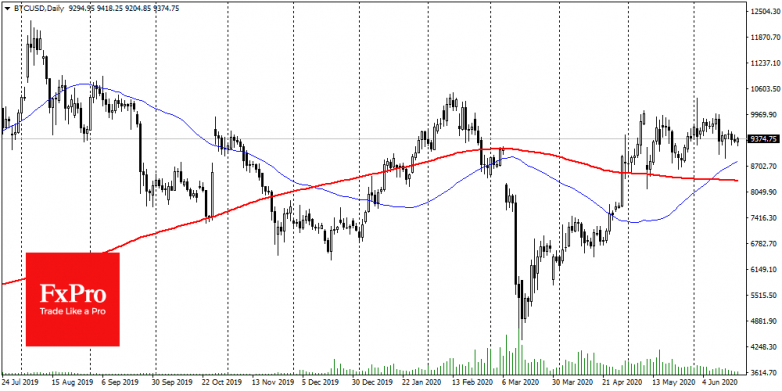