Germany data is above expectations, it does not help euro

Germany this week over and over again surprises with economic releases better than median forecasts, but it turns out to be insufficient to form stable gains for the euro. Economically, this is easily explained by the still worsening situation. The unemployed number in June amounted to 69K, which is significantly better than the expected jump by 120K and contrasts with the rise in April (372K) and May (237K). Manufacturing PMI exceeded expectations, rising to 45.2, according to the final estimate. But the index remains in the territory of decline. 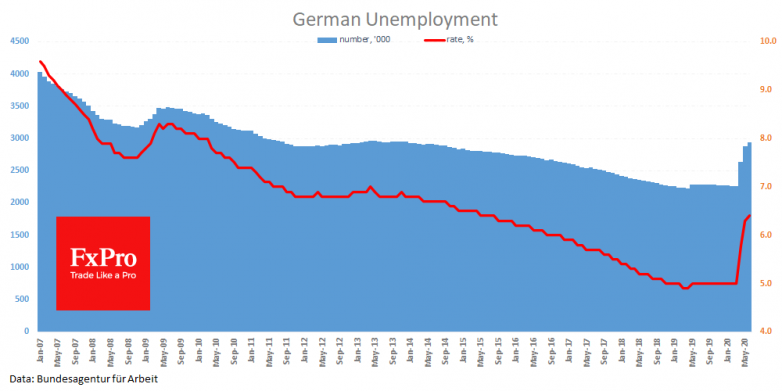 This is a clear signal that the economy is no longer flying into the abyss, as it was in April and May, but it is sliding there. As the activity continues to contract, the need for stimulus from governments and central banks continues to grow. However, Europe repeatedly proves that it is experiencing significant difficulties in agreeing on measures common to the entire eurozone. Such disagreements reduce interest in the euro as a protective currency, forcing investors to concentrate on the securities of individual countries. 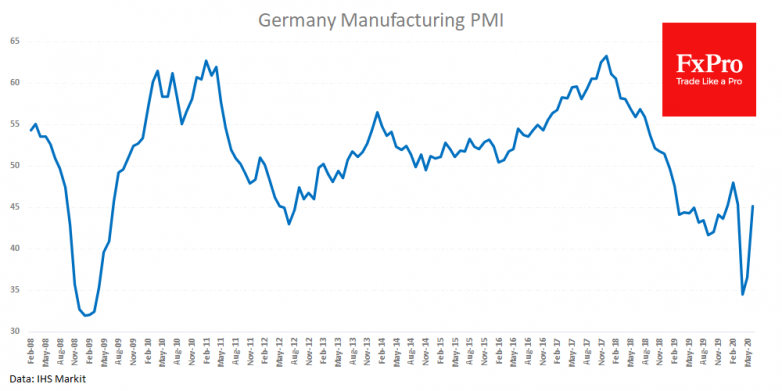